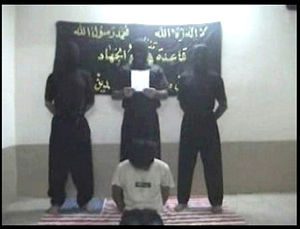 In the framework of the Conference Against Violent Extremism, held in Tirana a couple of days ago, the Bulgarian Prime Minister Borissov stated that Albania will become a coordination centre for former ISIS fighters, who have deserted and want to return to their countries in the Balkans.

In the relative silence of Albanian Prime Minister Rama, who during the press conference offered no additional details on such plan or any negotiated terms, there is a lot of speculation, mostly by online media.

Unfortunately, it seems that is not just a rumour. Recently there have been declarations from European leaders that the EU is considering the possibility of establishing a refugee camp outside its territory. Two days ago, regarding the same issue, the French newspaper “Le Monde” wrote that two countries that desire to join EU, Albania and Kosovo, have been discussed.

Even before, Albania has been used as a place that has sheltered unwanted people. In 2005, the US sent to Albania a group of prisoners from Guantanamo. From 2013-2016, Washington delivered MEK extremists to Albania from Iraq. It was the time when the State Secretary Hillary Clinton left MEK fighters off the US terrorist list, to allow members be sent to third countries. The EU did not accept them. At that time, the Albanian government agreed to set up a de-radicalization institute, to reintegrate extremists into society. But, the plan was not completed and it is said that the budget remained untouched in the US Embassy in Tirana. With the election of Trump as US President, following a new policy, now MEK is said to be allowed to re-organize, as a useful means to weaken Iran.

Until now, the Albanian government has denied such reports. They say the topic regards the Centre of Coordination against Violent Extremism, which organized the international conference in Tirana a couple of days ago. In the conference, the Albanian government proposed to make it a regional centre that will carry out analysis, assessments, studies, information exchange and common programs against violent extremism.

The Albanian government has always been reserved and has not accepted publicly at once such controversial issues. Of course, Albanians would not be willing to accept terrorists in their country, even if they are penitent. Albania is considered a safe place regarding terrorism. But now many things are going to change. It is expected that there will be a greater flux of refugees from the Middle East through Albania, now that Turkey has closed its doors and Italy as well, with the election of the new government. Refugees may use Albania as a corridor to the West. The EU has already signed a cheque of 28 million euros with Serbia, to help the country set up shelter centres for emigrants. It remains to be seen if they will do the same thing with Albania.