Russia always executes traitors, no matter where they are. In a stunning middle finger to UK security services reminiscent to the killing of Alexander Litvinenko in 2006 by radiation in the United Kingdom, British officials have identified the woman found with a former Russian double agent in Southwest England as his 33 year old daughter.

“Yulia Skripal, in her 30s, and father Sergei, 66, are critically ill in hospital after being found unconscious in Salisbury, Wiltshire, on Sunday,” reports the BBC. 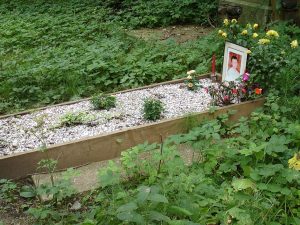 The Kremlin denied any involvement, said there had been no contact with British authorities, but would provide help if asked.

“We see this tragic situation but we don’t have information on what could have led to this, what he was engaged in,” said Kremlin spokesman Dmitry Peskov.

Craig Holden, temporary Assistant Chief Constable of the Wiltshire Police, said: “They are currently being treated for suspected exposure to an unknown substance. Both are currently in a critical condition in intensive care,” reported Voice of America.

Skripal was convicted in Russia of spying for Britain’s MI6 intelligence agency and was sentenced in 2006 for betraying Russian agents to British intelligence. He was pardoned in 2010 as part of a U.S.-Russian spy swap, VOA added.