It’s summer, and if you are anything like me, you are serious about grilling. For the impatient or inexperienced cook, summer BBQ’s pose a dilemma, a false dichotomy, if you like: spend major dough on premium cuts that are made for quick cooking on an open flame like steaks and chops, or feed your family and friends processed meats like hot dogs, sausages and burgers. But, with even the most basic skills and some patiences there is a better way. Buy the following: a large chunk of pork shoulder or beef brisket, both very cheap cuts of meat, some authentic Chinese dark soy sauce and black bean sauce (readily available at your local Chinese grocery), garlic powder, cayenne pepper, and your favorite BBQ sauce. Mix all the ingredients except the BBQ sauce together to make a marinade and place your meat in it. If the chunk of meat is rather large, feel free to inject the marinade into it using a flavor injector available in places like Cabela’s.

The next day, bake the meat with the marinade wrapped in aluminum foil in your oven at 325 degrees Fahrenheit for five or six hours. When baked, the meat can be frozen or refrigerated, depending on when you are ready to grill. When the happy day arrives, slice the meat when very cold into thick steaks and grill them on hot flame while basting with the BBQ sauce until it is heated through and nicely caramelized. Now you can enjoy a great meal made from unprocessed, inexpensive meat. 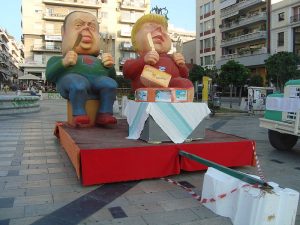 All of a sudden, your budget-friendly six ingredient family BBQ had become a total nightmare. By the time you put it all together, the government, taxing your final product EVERY TIME VALLUE WAS ADDED TO IT, got at least one third of your hard-earned dollars. So you have a choice to make, eat less, or pay more. Now imagine that you had a choice after all. Imagine that just one town over there was a place where you could make your BBQ without paying a premium every time you made it better, and it was a beautiful and welcoming place as well. Wouldn’t it make sense to purchase the ingredients and prepare your feast OVER THERE, before inviting your family and friends to partake of your fine cuisine here at home? Yes, it most certainly would, wouldn’t it! “You must take me for a fool,” says the Gallic voice with unmistakable indignation. “I went to the Sorbonne, I’ll have you know! Of course we are FRIENDS, so here, fill out this twenty-page customs declaration form, pay a friendly 35% duty, and you can be enjoying your unspeakable monstrosity of a meal in no time at all.” 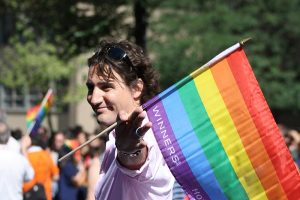 It is not difficult to figure out how much more efficient, on average, the America economy is with respect to its G6 counterparts. All you need to do is subtract the average duty America charges on G6 imports and subtract it from the average duty charged by the G6 countries on American imports. No calculus required. I suspect that this figure is somewhere between 25 and 35 percent, higher in the agricultural sector, lower for some low value add commodities like bulk steel and aluminum. In other words, the US economy is between one quarter and one third more efficient than its counterparts among the world’s developed nations. This discrepancy is the result of value add taxation, higher regulation on every aspect of economic and market activity, and higher income taxation resulting in a much less motivated workforce.

Removing, as President Trump had just suggested at the G7 summit in Canada, all duties and tariffs sounds very good and just. It is indeed the very definition of free trade. It would also plunge every Western-style economy with the exception of Japan, South Korea, and Taiwan into a deep recession and oceans of economic misery, at least in the short term. The reason for this is that the social safety nets and the vast bureaucracies that administer them are paid for entirely by skimming the third off the top of every Euro at every moment that Euro is put to any kind of use. 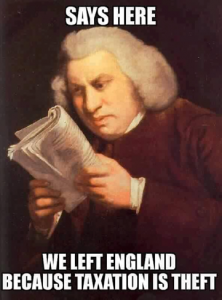 But the so called social safety net has a secondary and even more deleterious effect; it creates a lazy, entitled, and hence inefficient workforce. Utilizing this workforce as opposed to the American one requires the use of more employees to do the same job, in effect taxing the finished product above and beyond the taxation on added value and the hidden taxation via over-regulation. The much higher and much more progressive income taxes in European and to some degree Asian countries mean that people often choose to avoid overtime or decline promotion, because the increase in take home pay is so insignificant so as to hardly warrant harder work and additional responsibility. This adds up to a very real tax on talent, making European and Canadian employees not only less motivated to work hard due to already low take home pay, but also reluctant to put their talents towards climbing the corporate ladder, because the rewards for such endeavors are consumed, in the main part, by the government.

It is for these reasons that Europe, Canada, and to a much lesser degree Japan will fight tooth and nail to keep their system of asymmetric tariffs vis-à-vis the US in place. With respect to Canada in particular, with its long shared border with the US, shared language, and nearly indistinguishable lifestyle, the removal of tariffs will immediately suck capital south of the border and wipe out the Looney, necessitating massive increases in interest rates. Except Canadians have just about the highest consumer debt load of all industrialized nations. They adore their neat little condos, and suburban homes, and country cottages, and boats, and ATV’s, and backyard BBQ’s, all paid for with mortgages, loans, and high-interest credit cards. A substantial increase in lending rates is guaranteed to crash the Canadian prized real estate market and with it the entire economy. 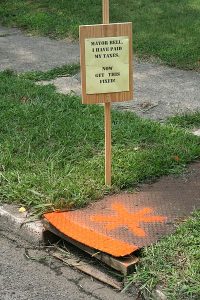 Canada and to only a slightly lesser degree Western Europe can remain high welfare states only because of the membrane that exists between them and the US, the membrane of asymmetric tariffs. Just like in cell biology, it is only the presence of this membrane that allows a major discrepancy to exist between the efficiencies of otherwise integrated and codependent markets. The removal of this membrane as per Trump’s offer, would immediately cause all financial capital and most high-level human capital to flow in the direction of least resistance, i.e. to the United States. The pain that this would cause in places like Southern Italy and Atlantic Canada, places that have virtually no industrial base and rely entirely on government spending is impossible to overestimate and the only way out will be hard work and self-reliance, traits that Western Europeans and Canadians were so successfully taught to forget.

The fact remains that it is to a large degree America that is paying for its allies’ social largesse, and it appears that it may no longer be inclined to do so. Thus not much looks promising in this Canadian standoff, but who knows, if Trump can make Canada and Western Europe self-reliant again, it may just be the last rung in his apotheosis.