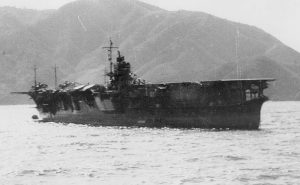 The leaders of the Russian Federation and Japan have pledged to work to sign a peace treaty and finally officially conclude the Second World War between the two nations. Russian President Vladimir Putin and Japanese Prime Minister Shinzo Abe agreed a peace treaty would be in the interests of both countries.

The sticking point is mainly the territory of the Kurile Islands, which were seized by Russia during the war.

“We believe it is important to patiently continue the search for a solution that would satisfy the interests of Russia and Japan and that would be accepted by the nations of both countries,” Putin told a news conference following talks between the leaders in Moscow on May 26.

“Solving it is not easy, but we would like to end it within the lifetime of our generation,” Abe said of the dispute over the island chain, which Tokyo calls the Northern Territories and Moscow calls the Southern Kuriles, reported RFERL.

“The Japanese and the Russians will be able to reap the fruits of the joint work on the islands,” Abe said. “If we cooperate, we can achieve great results that bring mutual benefit,” added Abe, regarding joint business ventures on the islands. Only last June did was an agreement reached that allowed Japanese family members to visit graves of relatives.

“After the end of World War II, the Kuril Islands were incorporated into the Soviet Union. However, the ownership of Iturup, Kunashir, Shikotan Islands and the Habomai Islands is being challenged by Japan. Russia’s Foreign Ministry has stated many times that Russia’s sovereignty over the islands is beyond doubt,” wrote TASS.

Russia Passes Law Preventing Criticism Of The State As Citizens Worry About Loss Of Internet Freedom, Or Worse