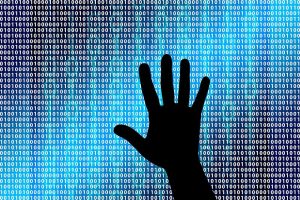 The energy ministry of Ukraine was the victim of a ransomeware cyber attack recently which encrypted its files and took the ministry’s website offline. State-owned energy companies were not affected.

“Ukranian cyber-police spokeswoman Yulia Kvitko said the attack is an “isolated incident” and no other government websites have been affected. She added that the energy ministry’s email system was still up and running,” reported the BBC.

“This case is not large-scale. If necessary, we are ready to react and help,” said Ms Kvitko.

“Our specialists are working right now… We do not know how long it will take to resolve the issue.”

There have been serious concerns over Ukraine’s energy security after coal producers in the Donbass region were cut off from industry in Western Ukraine due to the conflict with pro-Russian separatists. There have also been serious concerns over nuclear safety in recent years, reminiscent of the Chernobyl disaster in Northwest Ukraine. The quarrel with Russia’s Gazprom over gas supplies during the winter has also been a major concern. Russia is attempting to build the Nordstream II pipeline which would add another transit route for gas to Europe without paying transit costs to Kyiv. German Chancellor Angela Merkel recently commented that she would not move forward with the new energy infrastructure project if Ukraine’s economy was negatively impacted.

Turkey Moves To Turn Byzantine Hagia Sophia Back Into A Mosque, Russia Objects