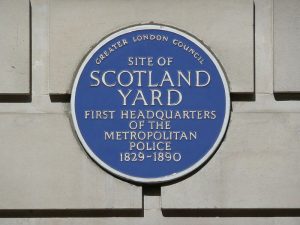 Scotland Yard has opened a murder investigation into the death of a Russian businessman who was found dead in his home this week, right after Sergei Skripal and his daughter were hospitalized from a chemical weapons attack in Salisbury.

“A murder investigation has been launched following the results of a post mortem into the death of 68-year-old Russian businessman Nikolai Glushkov,” London’s Metropolitan Police said, adding the cause of death was “compression to the neck”, reported Reuters.

Glushkov was a former business associate of Boris Berezovsky, a Russian oligarch and former Putin favorite, that was also found dead in his bathtub in 2013. His death was ruled a suicide at the time.

“British interior minister Amber Rudd instructed police and intelligence services earlier this week to look at 14 deaths over recent years which were not originally treated as suspicious by police but where media allegations of Russian state involvement had been made,” wrote Reuters.