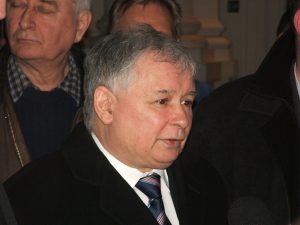 Jaroslaw Kaczynski, a member of the Polish parliament, also controls the Law and Justice Party in Poland. He served as prime minister for a few years at the end of the last decade. Reports say he may be taking back former power next week, in order to quell dissent within the cabinet and move to keep conservative reforms on track in the Eastern European country.

Poland’s current Prime Minister Beata Szydlo presented new plans to Kaczynski to streamline economic decision making in her cabinet, hoping to stay in the position. She is popular among the voters and has a high approval rating. She also elevated the portfolio of Deputy Prime Minister Mateusz Morawiecki, reported Bloomberg; Morawiecki has had success in reducing Poland’s budget deficit. He also has argued for reforming the pension system.

“Kaczynski becoming a prime minister would imply a much clearer power structure, a stronger government,” said Anna Materska-Sosnowska, a political scientist at Warsaw University. “That said, I doubt this will be the case,” reported Bloomberg.

The European Parliament has initiated infringement procedures against Szydlo’s government over its refusal to admit Islamic migrants and its judicial reforms to remove liberal judges.