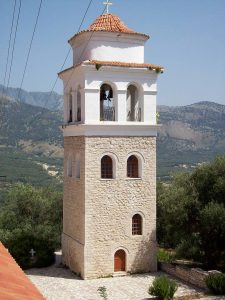 Recently tension between Greek officials in Athens and Tirana, the capital of Albania, regarding the Greek minority in Himara, a small town in Western Albania, have significantly increased. The cause is the demolition of illegal buildings in the framework of the regulatory plan of the territory. There are 18 buildings altogether–one apartment, one guesthouse, and a number of petrol stations and kiosks to be demolished. 12 of them were illegally constructed; 6 other buildings are undergoing a legal review process.

There have been protests by some residents against the implementation of the modernization plan in the center of the city. Hence, there are strong reactions on both sides.

According to Greek officials, a part of the Greek minority in Albania is being targeted deliberately. The head of “New Democracy” Greek Party, Kyriakos Mitsotakis, has sought to cut back on interventions, by calling on Brussels to seriously take into account such developments in the region. In a letter to European Commissioner Hahn, he maintains these efforts are helped by the fact that minority areas in Southern Albania do not share power with Greek minorities in other regions of Albania. He demands these concerns should be taken seriously during the assessment of Albania’s progress in the EU accession process.

Greek Foreign Minister, Nikos Kotzias, tried to calm down the situation. He addressed the issue saying they can not stop the urbanization of another country, but the protection of property issue should be taken into account. The status of the Greek minority in Albania should be recognized wherever they live, not just in the southern part of the country.

The head of the Albanian Human Rights Party, Vangjel Dule, accused the Albanian government of intentionally looting the Greek community’s property. He defended the Athenian intervention in this matter. According to Dule, the demolition of buildings and the acquisition of property without prior registration and without obtaining an ownership certificate are unacceptable. Such constructions and extensions were made without permission, because the government delayed obtaining the certificate of ownership for these people.

According to the Albanian government, Himara is not considered a minority area. The official protest of a neighboring country, demanding European punishment for Albania, is exaggerated, .

Prime Minister Rama called the Greek reaction populist and nationalist, that is pushing towards tension between the two countries. He reminded Greek officials to not deny everything that Albania, a small country, has provided to Greek history. He stated there is no room to consider Himariotes a Greek minority, only because they have obtained a second document, such as Greek permit or passport. He state there is no prejudice in this and everyone is free to choose another country as a second homeland.

Historian, Pellumb Xhufi, states that Himara has nothing to do with the Greek minority in Albania. Since Scanderbeg time, Himara was included in the region of Laberia, the western part of Albania. He maintains that Himariots have had the same Albanian language and customs for centuries. Greek claims regarding Himara began at the end of the 19th century, when a lot of Greek priests and agents were sent to the area, to pay certain individuals and propagate an opposite story.

Tirana is receiving a lot of accusations, at a time when Greece forgets the Law of War with Albania, which still remains unresolved, placing Albania in a discriminatory position regarding far-flung issues, such as the rights of Cam people to move freely, to claim their property and damages in a fair procedural way in Cameria, a region situated in the Southern Albania, but under Greek territory, whose people were forced to flee during last century).
Albania has no territorial claims towards Greece, but solutions based on international rules and rights are in the interest of both countries. The past can not be an obstacle to the common future, according to Albanian officials.