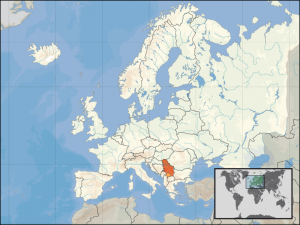 With the arrival of fall in 2017, a new era of change has arrived between Kosovo and Serbia, at least in some important high-ranking statements from both countries. The Serbian government has called for a review of relations with the state of Kosovo, while the same language has been expressed by the Kosovo President Hashim Thaci.

“Kosovo and Serbia should conclude the chapter of hostilities with an agreement on the normalization of reciprocal relations,” Kosovo President Hashim Thaci said in an interview for Radio Free Europe. Thaci, who was in New York as part of the United Nations General Assembly, has claimed the dialogue between Kosovo and Serbia, under the leadership of the European Union, will take on a new dynamic, with a view to reaching an agreement which, according to him, would mean the full normalization of inter-state relations and reconciliation between the two peoples. “I think, beyond the institutions, beyond the government, beyond the Assembly, this time the sovereign, the people of Kosovo should express their will about the agreement,” said Hashim Thaçi. The final agreement with Serbia, which Thaci calls historical, should not remain hostage to daily political problems or political party campaigns. Thaci wants the opposition’s co-operation on this topic as well.

In the same vein, Serbian Deputy Prime Minister Zorana Mihajlovic has been quoted by the Serbian press as saying she expects the Serbian Orthodox Church to be a partner during Kosovo’s internal dialogue and not to put pressure on President Aleksandar Vucic. “I hope that a new phase of dialogue, during which President Vucic will talk with all important institutions and certain individuals, lead to the adoption of a new policy,” she declared. Mihajlovic has said that all previous policies have done nothing but push Kosovo farther and farther away from Serbia. The deputy Serbian executive was quoted by the Tanjug news agency as saying, “We need a new, wise and rational approach, to be implemented by President Vucic and the Serbian government.”

However today, President Vucic, unlike the spirit of co-operation that was strongly promoted, gave a statement to the Serbian media denying that the state of Kosovo can take a seat at the U.N. and UNESCO. He stated that Kosovo is spending large amounts of money to obtain U.N. status and he was opposed to the membership of Kosovo in UNESCO, accusing it of the demolition of many Serb churches. Vucic also stated that that no ethnic assassinations have taken place in Kosovo over the last four years and this was a big step. He also underlined that Serbia is investing in the formation of quality relations in the region. “We are investing in inclusive stabilization efforts in the Balkans, staying calm against insults and attacks, because reconciliation is something more important than anything,” Vucic said. Upon returning from New York, he continued to talk about Kosovo, claiming that it is not impossible for Kosovo to become a U.N. member, but should not be reached with an agreement where Kosovo is victorious while Serbia gains nothing.

Russian Man Drinks Too Much, Declared Dead, Wakes Up In Morgue, Goes Back To Party