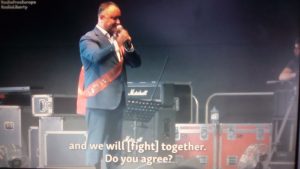 Moldovan President Igor Dodon traveled to the breakaway, Moldovan region of Gagauzia on the 26th anniversary of the declaration of their independence. The pro-Russian region opposes reunification of Moldova with Romania and Dodon’s visit was notorious for that reason.

“We have no other option than to stay together, and together we will fight back hard against those who want to destroy the Moldovan statehood,” said the Moldovan president.

“I think everyone agrees that we have friends who are close to Gagauzia, and I believe to Moldova, as well…They are Russia and Turkey…I am confident we cannot survive without a strategic partnership with Russia.”