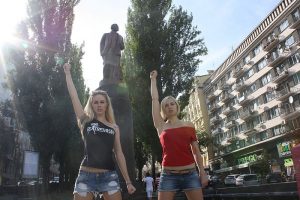 Ukraine has completed the process of removing statues of Lenin, the communist leader who was responsible for the deaths of many, from territory controlled by the Ukrainian government. The removal was part of a process, started in 2015 by Ukrainian President Petro Poroshenko, to remove Soviet monuments from Ukraine.

1320 statues of Vladimir Lenin have been taken down, reported The Indepenedent. “Volodymyr Viatrovych, director of the Institute of National Remembrance, confirmed that every Lenin statue had been removed along with 1,069 other Soviet monuments.”

Rebel-held territory in the Donbass region of East Ukraine was not included in the program and Soviet monuments remain, as the area is controlled by pro-Russian separatists.

Moscow has been angered by similar removals in Eastern Europe, specifically Poland, who’s population suffered at the hands of the Soviets.