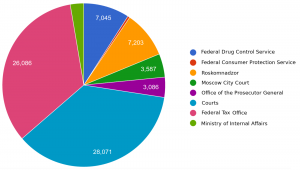 Russian President Vladimir Putin has signed into law a measure that will outlaw virtual private networks in order to prevent anonymous posting on the internet. The bill was spun as a way to stop extremist content being propagated to others in order to spread hateful speech or worse. However, the effect of the law is to prevent the Kremlin’s political opposition from getting information out that the Kremlin would rather stay out of sight.

According to state-run news agency RIA, Leonid Levin, chairman of the Duma’s committee on information policy and technology, has said that the law is not targeted at “introducing new bans for law-abiding citizens.” Instead, he claims it is to prohibit access to illegal content, reports Tech Crunch.

Russia has been working with China and studying the way the government monitors and censors online, as well as how they prevent the spread of information the government deems undesirable. In 2015 the Kremlin passed a law requiring internet companies doing business in Russia to house their servers in-country. The law also required telecom companies to hold information for one year.

Russia is holding its presidential election in 2018 and Vladimir Putin has been coy about whether he will run or not. However, it is almost a given he will. The Kremlin has been stung by recent corruption information posted online by arch-Kremlin critic, Alexei Navalny. Thousands protested across Russia multiple times in recent months demanding corruption be dealt with in Russia. Navalny was hit by a chemical attack in the face several months ago which damaged vision in one eye.

The crackdown on internet freedom is most likely pointed towards controlling the flow of political information in the country.

US Hints At Reduction In Russian Visas Over Staff Cuts

Russia To Prohibit Servicemen From Posting On Social Media