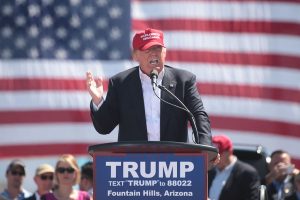 During the run up to the 2016 U.S. presidential election, the New York Times broke a story in August regarding allegations that Trump advisor Paul Manafort received millions of dollars in illegal payments, according to a ‘ledger’ found in an empty office by a ‘source.’

At the time, Tsarizm editor-in-chief, L Todd Wood, was suspicious as he had met with the Ukrainian anti-corruption bureau, or NABU the year before in Kyiv and was familiar with the personal and overall operation. He contact the spokesman for the agency and found that there were holes in the story. The original story he wrote is below.

Washington Times: NYT’s ‘evidence’ against Donald Trump adviser Paul Manafort may not stand up to scrutiny

As the anti-Russian hysteria reaches new heights in the corrupt U.S. media, obviously in bed with anti-Trump forces, it is striking to note that Wood seems to have been born out in his suspicions. Also below is a story that ran in Politico of this year outlining Ukrainian collusion with the DNC to bring down Trump. Recently Ukraine has admitted to routinely meeting with Democratic Party officials to pass on information and coordinate their anti-Trump plans.

The Manafort ‘investigation’ seems to have been dropped in Ukraine. Tsarizm will be doing a follow-up story shortly. The reader can draw their own conclusions.