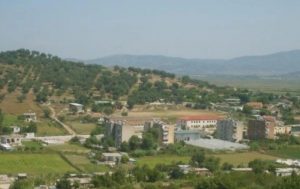 Drug trafficking in Albania seems to be ever growing. During the night of July 13, there was a major police operation in Vlora, with rapid intervention forces involved. Altogether 150 people carried out one of the largest police operations in the last several months. This operation produced the arrests of a considerable number of people, including the village chief and two police officers who were implicated in the criminal activity.

The preliminary data given by the police describe about 15 tons of drugs. The action was carried out in the village of Llakatund, Vlora, where narcotic plants were hidden in three dwellings.

The operation was extended in Tirana, Kavaja and Permet as well, arresting others involved. During searches of the residences, where the bulk of narcotics were seized, five kallashnikov guns were also found, as well as hashish treatment grips and other equipment that turned raw material in the form of chocolate. In one of the police officers’ houses 270 roots of narcotic plants in his garden were seized and destroyed.

The village chief was arrested for concealing evidence, while others as collaborators. The operation was carried out in complete secrecy, to prevent disclosure in the ranks of state police, due to the fact that there were also policemen involved.