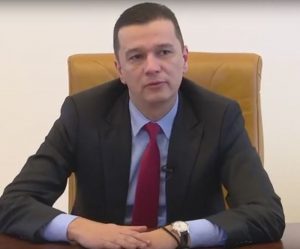 Romanian Prime Minister Sorin Grindeanu refused to resign Thursday as his party withdrew support over alleged attempts to weaken anti-corruption laws. Grindeanu’s leftist Social Democrat Party (PSD) said he was not implementing the coalition’s program and withdrew support for his cabinet. A no-confidence vote was scheduled for Wednesday and is likely to succeed.

“This way we are defusing the situation, this premier clings to power using various tricks despite having lost our political support. This is circus,” ALDE leader Calin Tariceanu said after a coalition meeting to decide on the next steps, reported Reuters.

Grindeanu was acccused of weakening reforms enacted when Romania entered the EU in 2007. Corruption regarding amounts less than 200,000 lei ($48,000) would be blocked from prosecution, shielding hundreds of politicians from justice.

“President Iohannis requests the urgent resolution of the internal coalition crisis,” spokeswoman Madalina Dobrovolschi for President Klaus Iohannis said. “It is strictly the responsibility of parties in the ruling coalition.”