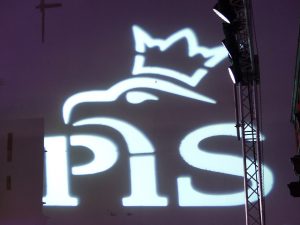 The European Commission of the European Union initiated a legal ‘infringement action’ against the Eastern European nation of Poland over laws passed covering judicial reform, placing selection of judges under the executive and legislative branches, rather than an outside body that the Polish government believes is Leftist.

“Having already previously made multiple threats, the European Commission [EC] sent a Letter of Formal Notice to the governing Law and Justice party [Prawo i Sprawiedliwosc, PiS] on Saturday, July 29th, a day after the publication of the government policy document outlining the forthcoming changes,” wrote Breitbart.

“The new rules allow the Minister of Justice to exert influence on individual ordinary judges, through, in particular, the vague criteria for the prolongation of their mandates thereby undermining the principle of irremovability of judges,” declared the EC in a press release.

One vocal critic of Poland is EC’s vice president Hans Timmermans. Poland’s justice minister Zbigniew Ziobro responded, “I would like to ask Mr Timmermans to stop addressing Poland, the Polish people and the Polish government with such arrogance, because we deserve some respect. We have personal and national pride and would expect you to be respectful, even if we sometimes disagree.”

“Poland requires a peaceful judicial reform. The court system in Poland is one of the greatest ills of Polish society and the courts work very badly. Mr Timmermans and his friends may not understand this because they don’t have such problems,” stated Mr. Ziobro.

The EC gave the Polish government to respond to their Letter of Formal Notice, or the second phase of legal proceedings will begin.