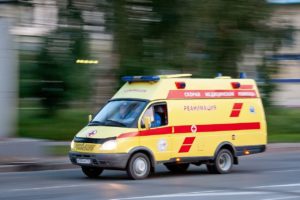 Moscow city council is considering a bylaw allowing security and emergency vehicles on duty such as fire trucks and ambulances responding to emergencies to ram obstructing vehicles in order to gain access and perform their duties.

Emergency vehicle access is a difficult problem in Moscow, where many communal housing projects were built in the pre and post revolutionary era with large courtyards that were not intended for parking of private vehicles. Until recently, private automobile ownership in Moscow was relatively low and this had not been a problem. In recent years however, the courtyards became choked up with parked vehicles, making access for emergency vehicles next to impossible.

This problem is exacerbated in the winter, when snowbanks make the courtyards even more crowded and maneuvering within them even more difficult. Additionally, many housing projects house childcare facilities on the ground floor and access in case of an emergency is critical.

The main problem facing city councilors is that of liability for damages. It will be necessary to determine that destruction of private property in the form of rammed automobiles, many of which can be very expensive foreign models, was in fact warranted. Moscow city council is looking towards Canada and Israel, in which ramming is permitted in certain circumstances, for guidance in crafting its own legislation in this matter.