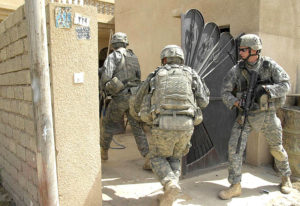 Can anyone explain why the elite non-fake Western media is not performing a comparative analysis of the two most critically important battles underway as we speak? After all, the outcome of these battles will go a long way to determining the future of the Middle East as well as the balance of power between Russia and the US. In both battles, a group of desperate radical Islamists is fighting the combined forces of a major power and the local government.

These similarities between the concurrent battles for Aleppo and for Mosul should have provided ample interest in a comparative analysis of how the two campaigns are progressing, what tactics are being used, who is gaining ground, and whose weapons are more effective. And yet we get none of that from our media with their foreign bureaus, considerable resources, and far flung correspondents.

So let us venture a guess why that is the case. It’s simple, really. The results on the ground are the opposite of the narrative that our media wants to promote. The desired narrative looks like this: in Aleppo, Russia and its ally the Assad regime are committing vile atrocities (also known as war operations) and losing. In Mosul, the US with Iraqi government forces are conducting a humanitarian campaign using surgical strikes and taking great care of civilian lives. And they have ISIS on the ropes!

In Aleppo. the ruthless tactics adopted by the Russians and the Assad military have proven to be effective and the city has nearly fallen. There is no longer a chance now that the so called “rebels” will be able to hold on to any part of it for much longer. The final fall of Aleppo will mark the beginning of the end of the Syrian civil war and the beginning of Assad’s victory.

In Mosul, the attack by the US trained and equipped Iraqi army aided by US and coalition surgical airstrikes has ground to a halt without much progress. Obama wanted a “liberated” Mosul with no trace of ISIS by his final day in office. This is not going to happen. The Iraqi military is demoralized and bogged down. Airstrikes that avoid civilian areas in which ISIS is entrenched are ineffective. The small contingent of American special forces on the ground are hamstrung by ridiculous rules of engagement and are operating outside of the special forces twin missions of reconnaissance and small-scale but high-value enemy engagements. 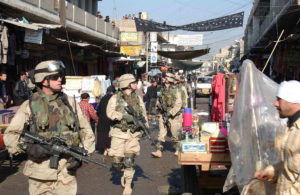 The concept of fighting a war without wartime operations, the idea of leading from behind, the misuse of American personnel and materiel on a grand scale to achieve dismal results wherein tremendous blood and treasure is sacrificed on the altar of an imagined and never to be realized “legacy”, that is what the actual legacy of Obama’s administration is shaping out to be.

In the tale of Aleppo and Mosul, its Putin 1 and Obama 0. Don’t expect a media report on this any time soon.

Putin Pumps It Up!