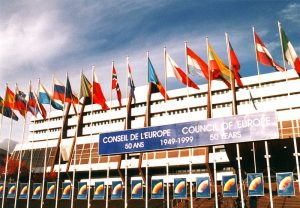 Russian Foreign Secretary Sergei Lavrov has informed Secretary General of the Council of Europe Thorbjorn Jagland that Russia will no longer pay its dues to the council until Russia’s rights are fully restored. The Russian Foreign Ministry issued a statement on the issue Friday.

“We call on the responsible member-states of the Council of Europe to do their utmost to overcome the crisis in the Assembly together as soon as possible with the aim to achieve more unity between its member-states for the sake of defending and fulfilling the ideals and principles that are their common heritage and contributing to their economic and social progress as envisaged by Article 1 of the Council of Europe’s Charter,” the statement said.

PACE “restricted the powers of the Russian parliamentary delegation to such an extent” in 2014-2015 “that they made impossible its participation in the Assembly’s work,” the statement reads.

‘Since then, the situation at the PACE has only been degrading: a rampant campaign has been launched there to persecute parliamentarians willing to normalize as soon as possible interaction with Russia within the Council of Europe and preserve the infrastructure of pan-European cooperation in compliance with its Charter,” the Russian Foreign Ministry said.

“Given this situation, the Russian Federation made a decision to suspend the payment of its contribution to the Council of Europe for 2017 until the unconditional restoration in full of powers of the delegation of the Russian Federal Assembly (parliament) in PACE,” the ministry said, reported TASS.