If you go to see a doctor in Canada for any reason, you can be sure of one thing: he or she are not among the top in their field. How can I be so sure? Simple. There is a hard upper limit on the income of Canadian doctors. Between taxes on income, on consumption, and various other taxes such as the new carbon tax, Canadian doctors pay close to 70% of that already capped income in taxes. Canadian doctors do not have to go through hell like doctors from other countries to practice in the US, and the linguistic and other similarities between the two countries make it all but inevitable that top Canadian medical talent, just like top Canadian talent in other areas will live and work south of the border. If you are Canadian, be ready to settle for second best.

Socialized medicine is, in Canada, the closest thing you can imagine to religious dogma of the kind that exists today in Muslim countries like Iran or Saudi Arabia; it is entirely outside of the realm of discussion. It is the word of God. In Canada, like nowhere on Earth, healthcare exists very nearly outside of the laws of nature. When it comes to anything else, Canada is like the rest of the universe; if you have more money, you get better housing, more nutritious and tastier food, safer and more fun to drive cars, and so on. However, unless you are so rich that you can afford to fly to the US for a la carte medical treatment, which is quite rich indeed, you cannot get better healthcare than your less industrious, less talented, or less fortunate countrymen. And it is precisely this aspect of the Canadian socialized medicine that lives outside of the realm of public or indeed private discourse. You can bitch and moan about the acute doctor shortage, about the atrocious wait times for even the most standard procedures, even about the fact that many Canadian doctors are poorly trained recent third world immigrants. But a single oblique mention of a semi-private MRI clinic gets you looks that you can only otherwise get by performing the Nazi hand salute and shouting Heil Hitler.

In America, any mention of socialized medicine by any name, whether “single payer”, or “Medicare for all”, gets you either emotional accolades from the liberal crowd or excommunication from the conservative one. In both instances, what you do not get is a reasoned argument with even the slightest degree of factual data and plain truth.

In this column, we are allergic to dogma of any kind. I have personal experience with the Soviet communist healthcare, the Israeli two-tier socialized healthcare, the pre-Obamacare American healthcare, and the Canadian socialized medicine. And I am unafraid to share with my readers some truths about all of them.

On the “what you pay and who pays it” side of the ledger the reality is as follows:

The doctors will pay as their income will be capped to around $200,000 per annum on average and they will pay again when their income tax bracket goes to 35% when they are interns making sixty grand and over 50% when they practice.

Lower to middle class people whose consumption of everyday items is a high percentage of their take-home pay will pay through the nose, because a Canadian-style 15% value added tax will be introduced to pay for socialized medicine. Bought a ten grand beater car to commute to work? Get ready to pay fifteen hundred tax at the DMV when you register it in your name.

Same lower to middle class folks will pay again as their tax brackets are steeply adjusted upward, so that a family making sixty grand a year pays at least one third of that in marginal income tax.

All non-self-employed people will pay as Medicare payroll tax is at least doubled.

Highly paid salaried employees will pay, as their income taxes explode and consumption taxes go from around 7% collected once to 15% or more collected every time anything is sold or resold.

All Americans will pay as the economy retracts due to severely increased taxation on both labor and consumption and unemployment skyrockets.
Now to the other side of the ledger; what will we get for all this sacrifice?

There will be no choice. I mean none whatsoever for anything that counts. You need an MRI? They tell you when and where to go. The same with any specialist, hospital, anything whatsoever. You may, if you live in an urbanized area, choose your family physician, but that’s all.

Medical services of all kinds will be rationed. Your doctor will have no say in your treatment; it will be decided by the availability of equipment, hospital space, and physicians, NOT by your medical needs. A guy I hired to help me move some stuff had his knee blown out working as a roofer. It took about two years to get an MRI and eighteen months after that to perform an operation to repair his tendon. He was unemployed and on crutches for nearly three years, but he did not pay a dime. Except in lost income, of course. The cost of his treatment, likely fifteen grand, would have been a small fraction of what he would have made working for those two and a half years having had his knee taken care of in the first week with a couple of weeks to recover. So he did pay in the end, yes indeed. 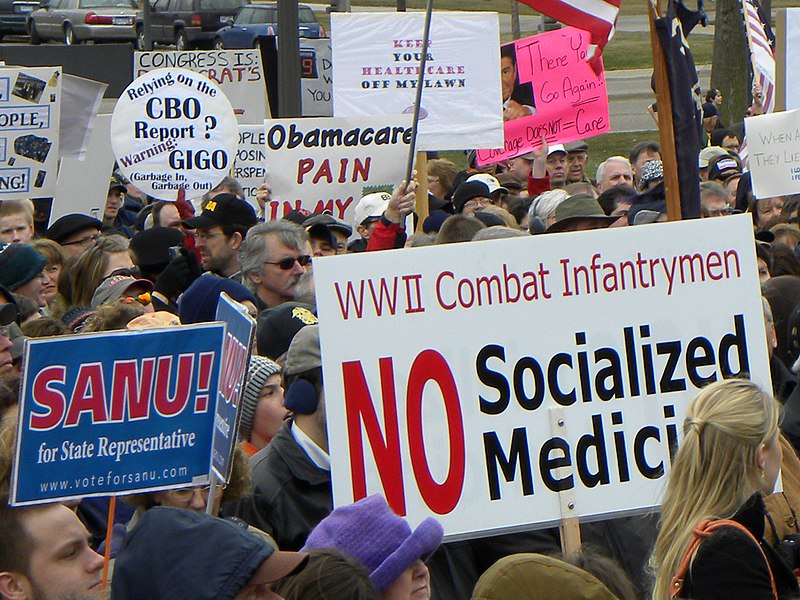 Socialized medicine quite literally makes people suffer, prolongs their suffering, and often makes the kind of clinical results that would have been possible had action been promptly taken impossible, leading to poor clinical outcomes.

Your hospitals and medical facilities, though functional, will look like crap. You will often encounter patients in hospital beds on corridors. Paint will be peeling. The buildings will be many decades old and will show every bit of their age.

You will spend much more time getting medical treatment, as you will wait in lines, but you will never pay a dime for a medical visit or procedure no matter how big or small. You will, however, pay for subscription drugs, making healthcare far from free.

In addition to the direct economic hit from extreme taxation, socialized medicine produces a secondary hit by bringing down the general health of the population. People who are suffering chronic pain waiting on their procedures are not fully functioning members of society. People who wait for hours in doctors’ offices are not, at that time, contributing to GDP. Older people who are non-ambulatory for many months waiting for their hip replacements make their productive-age sons and daughters less productive because they have to take time off work to care for them.

How about an Israeli-style two-tier system then? If you can afford it, or your employer can, you buy supplementary insurance and live, as Justice Kavanaugh recently said, “on the sunny side of the mountain”. Depending on coverage, you get next day everything, private rooms in fancy private hospitals, the best specialists making extra money working some of their time or all of it in this privately funded paradise. It is precisely this kind of system that is anathema to Canadians. The fear, and justly so, that even their second class doctors will move to the upper tier, leaving everyone else with third rate or worse. They fear that an already acute doctor shortage will become worse, and it will, when physicians have the choice to make more money and actually make decisions that benefit their patients, rather than tell them that they must suffer for many moths waiting in line. But the real problem with two-tier systems is different. The pricing of supplemental insurance plans is based on them being a rider on top of the socialized government-funded system, meaning that the well-to-do people who use them benefit from money paid into it by their less fortunate brethren. A hairdresser paying 15% VAT on the cheap knock-off sneakers she buys for her daughter is subsidizing the fancy healthcare plan of a Silicon Valley engineer. 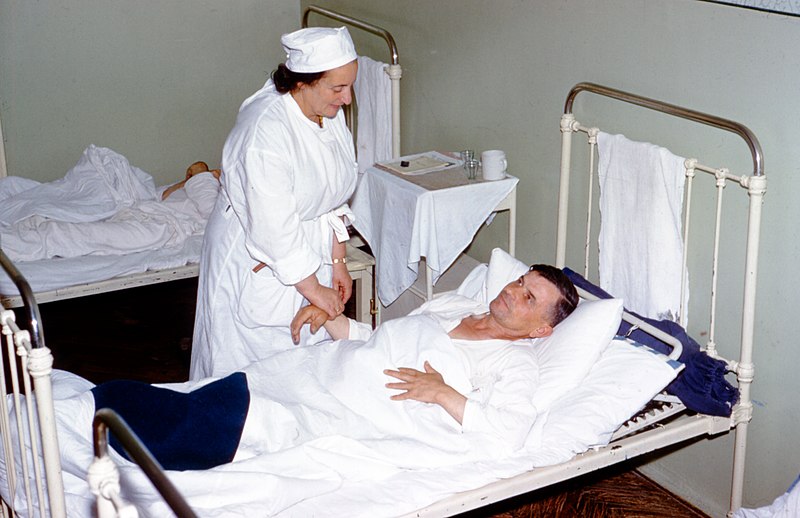 America, as it is now, cannot have a single-tier Canadian-style system of socialized medicine. It is simply unconstitutional to prohibit anyone from opening and operating a private medical facility of any kind, paying whatever they wish to their medical personnel. Medicare for all in America will thus amount to nothing but a reverse Robin Hood scheme of taking from the poor and giving to the rich. This is something that leading Democrat operatives like Obama are fully aware of. Their plan in pushing on America the utterly un-American scheme of socialized medicine has nothing to do with improving the healthcare of the less fortunate or relieving financial stress on the lower and middle classes. If these were their goals, they would work with their Republican colleagues to find common sense, practical, constitutional solutions, such as catastrophic insurance option and selling health insurance across state lines, thus creating a highly varied and dense eco-system for health insurance options that can fit everyone’s needs and capabilities. No, the Democrats goal, as it is in everything they do, is to follow Lenin’s maxim that “the worse it gets, the better it will be (for the Bolsheviks -BP)”. They WANT to create a two tier system in which the poor subsidize the rich, so that the poor become enraged, so that America finally gets introduced to class struggle, so that the Constitution is finally abolished and their grip on power is no longer challenged. In everything they do, this is the Democrats ultimate goal, a goal that for the sake of all of us, for the sake of humanity itself, they must never reach.

As Brexit Approaches, Britain Shows The Flag In The Baltics

The Hi-Tech Traditionalist: Gaza – The Aftermath