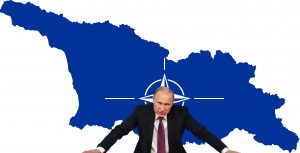 The 40th round of the Geneva International Discussions (GID) was held on June 20-21 in Geneva. The GID is a multilateral mediation forum co-chaired by the EU, OSCE and UN. The GID format was designed after the Russo-Georgian War of 2008 to address security and humanitarian issues of the conflict areas. It involves representatives from Georgia, Russia and the United States, as well as representatives of both the Georgian breakaway regions of Abkhazia and South Ossetian’ Russian-backed authorities.

The three issues of the discussion were:

According to the Georgian Foreign Ministry (MFA), Georgian representatives brought up “stage-by-stage integration” of the two regions in Russia, including “the so-called referendum in the Tskhinvali Region and signing of the so-called agreement on integration of the local armed groups into the military forces of the Russian Federation.” Georgia also accused Russia of ongoing violations of the 2008 “ceasefire agreement” demanding the removal of the Russian troops from the two regions.

Georgia also addressed the restriction on the use of the Georgian language in the occupied regions. Such restrictions were already applied in the Gali district of Abkhazia and were announced in the Akhalgori district of South Ossetia. Both districts are home to a majority of ethnic Georgians that still live in the two regions.

Georgia also raised the issue of continuous illegal detentions across the occupation line, and demanded the release of detainees. The restrictions that ordinary people are facing along the occupation line, on their own land, were also among the talking points, according to MFA.

According to the press-release issued by the Russian Foreign Ministry, the Russian, Abkhazian, and South Ossetian delegations expressed their concern about Georgia deepening its integration policies with NATO. Russian officials believe that the resolution of the Alliance’s Parliamentary Assembly adopted in Tbilisi demonstrated NATO members’ one-sided approach to the situation in Transcaucasia.

See also: With the U.S. distracted, Russia Warms To Opportunities In ‘Frozen Conflicts’

The NATO Parliamentary Assembly (PA) session, concluded on May 29 to reaffirm its support to Georgia’s Euro-Atlantic integration. It was proclaimed a special aspirant country. The NATO PA called for the «withdrawal of the Russian troops from Georgia’s occupied regions».

According to Paolo Alli, the NATO Parliamentary Assembly President, it wasn’t a common thing for the Assembly to hold its session in an aspirant country. «It’s an exception for us… but we are happy to do that and we openly reiterate our support for Georgia», he said as once again it was clearly stated that door remains open to Tbilisi to become a NATO member.

According to the MFA, Georgia spends 2% of GDP on defense. 870 Georgian servicemen are taking part in international missions. The Georgian forces in Iraq and Afghanistan are the largest non-NATO contingents. Georgia also hosts NATO-Georgia military exercises.

Georgia is the only South Caucasian state, which has its foreign and security policy oriented on Euro-Atlantic integration. Neither Armenia nor Azerbaijan appear to have interest in NATO membership.

According to the letter of Defense Secretary James Mattis sent to Defense Minister of Georgia Levan Izoria in May The Pentagon is ready to assist Georgia in implementing its military reform. According to the Secretary, «Reforms, of course, are rather complicated, but they are an essential component of the integration with the West. The US Department of Defense is ready to assist Georgia in this ambitious process of military reform».

Together with Georgia, Russia, and representatives of the de facto authorities of Abkhazia and South Ossetia, the United States participates in the Geneva International Discussions.

The United States noted its objection to the closure of two controlled crossing points along the Abkhaz Administrative Boundary Line, as well as the continued placement of physical barriers and demarcation signs along both Administrative Boundary Lines, in violation of Georgia’s sovereignty and territorial integrity within its internationally recognized borders.  The United States underscored that these actions restrict freedom of movement and jeopardize the health, safety, and welfare of local residents including children and the elderly – according to the statement of the Mission Of United States in Geneva.

The representatives of United States expressed regret regarding that the two working groups were not able to complete discussion of their agendas. The United States urges participants to look for practical steps forward to resolve humanitarian issues, including the core issues of internally displaced persons during upcoming rounds of negotiations.

The participants failed to agree on issues related to the non-use of force and setting in motion the mechanisms of international security in the disputed regions. The United States encouraged the parties to continue constructive negotiations aimed to achieve a mutually agreeable statement on the non-use of force during the next GID round.

The next round of the Geneva International Discussions will take place in October.