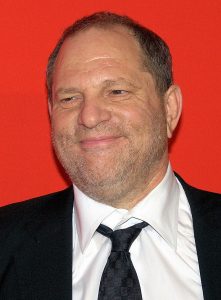 The Bolshevik revolution now unfolding in America has reached the well-documented, but (in America) little understood denunciation phase. Denunciation was a technique pioneered by Lenin and his cronies in post-revolutionary Russia. It was so successful that it was faithfully copied by communist regimes from China to Cuba and now to the United States. This technique solved a real problem for Bolsheviks: how to get rid of those within their own cadre who had outlived their usefulness. Of course the problem of personnel changes at the top is not unique to communist parties; it exists in all organizations from publicly traded corporations to the Cosa Nostra. The solution for Bolsheviks, however, was less immediately apparent. Corporations (in the West) exist in a lawful regime, wherein they can be sure that executives who are let go in corporate boardroom coups and other situations will not go on to blab about their erstwhile employers and cause them any trouble. The well-known system of carrots (golden parachutes) and sticks (non-disclosure and non-compete agreements carrying stiff financial penalties) has been effective in keeping any disgruntled suits in check. The Mafia, operating by definition externally to the legal system and not wishing to even pretend to be a lawful organization, can simply eliminate members whose goodwill with the Boss has expired.

Bolsheviks are in a different position. Operating like a Mafia organization, they nevertheless must maintain the pretense of legitimacy and the rule of law. The normal operating procedure of political parties, that of voting out undesirable members, is also foreclosed to it, simply because these undesirables may be more popular with the rank and file than the powers that be. And in any case, relying on voting procedures is far too slow and unreliable for revolutionary murderers like Lenin or Castro. So what shall a poor Bolshevik boss do? The answer, I have no doubt, came to Lenin and his gang through their intimate acquaintance with the Czarist secret police with its far-flung network of snitches and informants. In fact, most of Lenin’s gang were both the targets and the collaborators of the pre-revolutionary internal security forces. In the run-up to the October Revolution they strategically utilized snitching as a weapon to protect themselves and eliminate those who they felt had outlived their usefulness. 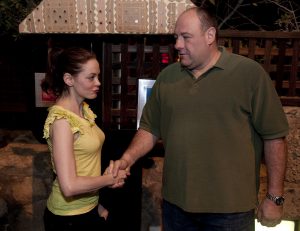 Now all they needed was a way of replicating these experiences using their own secret police, in their case the CheKa and later the NKVD and the KGB. The denunciation as a means to extermination technique relies primarily on planting in the public consciousness a crime that is as heinous as to merit nothing else but, as the Bolsheviks who officially abolished the death penalty used to say, the “highest measure of punishment”. In Bolshevik parlance this meant a shot to the back of the head, but the definition can easily be extended to the utter destruction of a person as a free agent in society. This crime must be worse by far than any enshrined in law; after all legal codices are based on a graduated approach in which crimes have degrees as do the punishments for these crimes. No, this new crime must have only one degree – the highest, meriting only the highest measure of punishment.

But this is only the necessary condition for this crime; after all crimes must be proven so that criminals can be punished and the entire idea is, of course, to FALSELY accuse those whose fate it is to be erased from the pages of history. Thus, the sufficient condition for the crime used in denunciation is its fundamental un-provability. The crime must be such that no evidence of it exists other than the say-so of an informant upon whose credibility the guilt of the perpetrator solely and uniquely rests. In this, the Bolsheviks who were well-schooled in history and many of whom were Jews, looked to the Jesuit Inquisition in the medieval and renaissance Catholic Church. With its ideological purity, sadistic love of torture and unspeakable brutality all well-shrouded by countless regulations and elevated language, the inquisition was an organization very much after the Bolsheviks hearts. 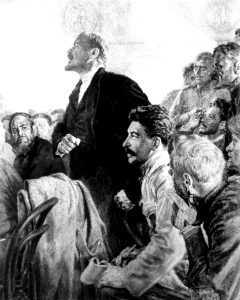 For the Inquisition, the crime of course was heresy against the Catholic Church. Conveniently, it was the inquisitors who got to define what was and wasn’t heresy and no proof was needed other than a whisper from a well-compensated informant and the words of the victim whispered seconds before dying from torture. This system lasted for centuries and resulted in the deaths of hundreds of thousands of Jews, Protestants, and simply free thinking people like Giordano Bruno. The Bolsheviks liked it. They had everything they needed and they were ready to strike. Not ones to unnecessarily reinvent the wheel, the crime they came up with was also heresy, though this time against communist rather than catholic dogma. Just like their inquisitor predecessors, it was up to the ruling Bolsheviks to define what constituted communist dogma and any argument was, of course, heresy in itself. And just like Torquemada, the combination of denunciation and torture was used to elicit delirious confessions on blood-stained paper, quickly followed by a shot to the back of the head. In the years 1936-1937, during the heyday of Soviet extermination by denunciation, the executioner in the basement of Moscow’s infamous Lubyanka prison dispatched thousands of people per day while consuming two bottles of vodka and wearing specially designed full body leather suit and gloves to stop him from getting drenched in the victims’ blood.

Modern American Bolsheviks would undoubtedly and enthusiastically copy their Soviet masters down to the dank torture chambers, the blood, and the gore, except for one small problem: they are not in power yet. American Bolsheviks are an alien being within the American body politic and they have been consuming it from the inside for decades now, but they have not emerged victorious just yet. America, in the guise of Trump and his supporters has developed a rather powerful immune system response to the alien Bolshevik challenge and its putting some stress on the Bolshevik foundational organizations such as the media, the labor unions, and the illegal immigrant lobby. 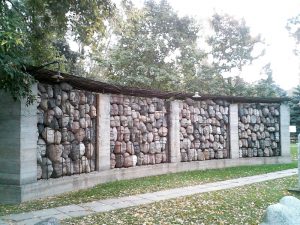 Having already weaponized America’s security organs and recruited them to its cause, American Bolsheviks now set out to weaponize the extermination by denunciation technique by turning its muzzle outwards rather than inwards. While Russian Bolsheviks perfected this technique to exterminate INTERAL enemies, American Bolsheviks have turned it around to perform targeted takedowns of their key opponents. Other than that the technique remains rather unchanged. First comes the crime. An unspeakable crime that only manifests at the highest degree and merits only one measure of punishment: the highest. The utter destruction of the hapless perpetrator. And what is this crime? Amazingly, it is ANY inappropriate behavior by a man to a woman. Yes, ANY. And who defines what is inappropriate? Needless to say THEY do. The Bolshevik media. There can be no arbitration on that point. Receiving fellatio in the Oval Office from a lowly intern while you are the president of the United States is appropriate. An off-color remark to a gossip journalist equals immediate death penalty.

The dynamic duo of denunciation driven by personal gain followed by torture-derived confession is working wonders in 2010’s America just as it did in 1930’s USSR. A little bit of money, five seconds of fame deer in the headlights look next to Gloria Allred, that’s all it takes on the denunciation front. Relentless barrage of scurrilous “reportage” on the pages of the Bolshevik rags of WaPo and NYT, breathless punditry on the Bolshevik cable organs coupled with social media abuse, threat (never consummated, of course) of civil litigation, and the immediate dismissal from your job by shamelessly complicit Corporate America is more than the modern day equivalent of 500 volts to the testicles. So one by one they get their resignations, their letters of confession, their walks of shame. Nobody seems to ask why the “irrefutable” proof of black eyes and “contemporaneous” text messages to friends only surfaces fifteen years later and only when the supposed “criminal” becomes effective in countering the Bolshevik agenda. 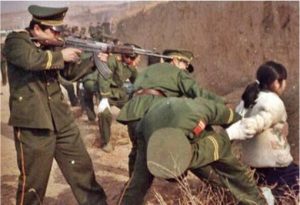 In the 1930’s Stalin was unopposed and what he did then injected Russia with a dose of poison that is many times more than what was needed to kill it. We have been experiencing its death throes ever since. In today’s America, there is only one opposition: Trump. If he holds the line, the Republic may yet survive. If he does not, well, God help us.

The Trifecta Of American Neo-Communists, High-Tax Liberals, And Big Business