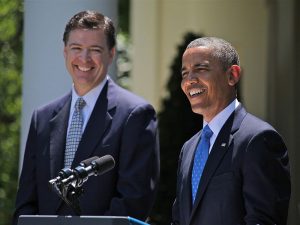 So! It appears that just when Hillary’s fake account of “what happened” is reaching a crescendo of ridicule and “shaking my head” wonderment from all sides of the political spectrum, a real account of what happened in the 2016 presidential election is finally starting to emerge. In my previous column I proposed that America excels in corruption just like in anything else. Russia isn’t even a distant second. With that in mind, it was entirely clear to me that a truly disruptive presidency would never be allowed to happen in America. A serious challenge to the rule of the Deep State was simply not possible.

When it comes to dealing with Trump, the Deep State had, before the election, a three ring defense strategy: stop his election, stop his inauguration, and finally stop him governing as a truly disruptive president and, above all else, stop him from dismantling the Deep State. Needless to say, stopping Trump’s election was by far the preferred outcome, not the least because his opponent was the longtime Deep State operative Hillary Clinton. It was to this end that Obama’s administration used the full complement of classic intelligence agency tools; intelligence gathering, intelligence manufacturing, and subterfuge. Intelligence gathering, involving the bugging of Flynn, Manafort, Trump, Jr. and undoubtedly other campaign operatives as well as Trump himself was the cutting edge of the operation and had the twin goals of giving Hillary’s campaign a tactical edge (there can be little doubt that the illicitly gathered information was shared with Hillary on a need to know basis) and gathering kompromat on the Trump team and on Trump himself.

Intelligence manufacturing took the form (at least as far as is now known) of the now infamous dossier. This was a straightforward, straight out of a Le Carre’s spy novel, work order directly from the FBI, which was apparently running point for Deep State, via the kompromat outlet Fusion GPS, to the ex-MIA spy Steele for a totally spurious, but superficially believable and tremendously shocking piece of manufactured intelligence designed to sink Trump’s campaign. Finally, subterfuge, again, based on what has now been made public, involved the release of the “pussy grabbing” tape with the synchronized parade of women who claimed to have been grabbed by Trump in real life. There can be no doubt that the women were nothing but paid actresses, as attested to by their simultaneous disappearance from the scene once the election was over. 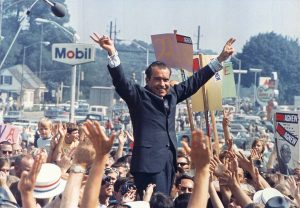 A hallmark of intelligence operators is extreme caution; these folks can only exist in the shadows and they stay hidden by doing as little as possible to achieve their goals. They always prefer to under-do than overdo. It was this caution that rendered the Deep State ineffective in preventing Trump’s election. During the final stages of the campaign, the Deep State assessed that they had done enough to assure Hillary’s election, likely by a landslide, ensuring that Trump’s anti-globalist, drain the swamp agenda was thoroughly discredited. This assessment was based on polling and polling analysis, which as is widely known gave Trump vanishingly small chances of winning. There was simply no need for them to do more, to push more fake kompromat, engage in more extreme subterfuge, all at the risk of exposing their cherished “sources and methods”. Had they doubled up on their efforts, including actual election fraud like the one recently reported to have existed in New Hampshire, it is possible and even likely that they could have succeeded in making Hillary “president”. It is because of this that the real winners of the election are the thousands of Trump voters who hung up on pollsters, skewing the polls in Hillary’s favor and giving the Deep State a false sense of security.

Trump’s election was not only a major and unexpected defeat for the Deep State, it was an existential threat and not because of Trump the person. Trump they can handle and in fact they are already handling him (more on this later). The real problem for the Deep State in their failed attempt to stop Trump’s election was their own unmasking. The term “Deep State” was not known to most Americans prior to the election and would have stayed that way had Hillary won. The extreme reach of the American intelligence community and its complete lack of self-control when it comes to spying on law-abiding American citizens, spying that is entirely unconstitutional and illegal on statutory grounds, has never before been documented and would have surely stayed hidden from view under Hillary’s administration. In short, the Deep State’s cover was blown and when that happens there is no going back. Americans will simply never again trust their intelligence agencies. 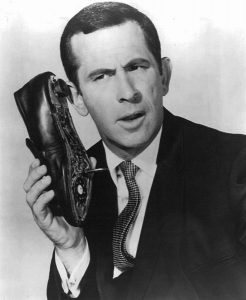 Preventing the inauguration of a duly elected president is historically unprecedented, which did not stop the Deep State from attempting it, though somewhat halfheartedly. Several trial balloons involving “unfaithful electors” were floated, but the success of these strategies would necessitate the active participation of sitting members of Congress and Senate and that was simply a bridge too far for the vast majority of them. Additionally, preventing Trump from taking office or even impeaching him does not really undo the damage that was done to the Deep State; rather it creates uncertainty and a possible constitutional crisis, neither one of which is a desirable outcome as far as they are concerned. Thus was born the Russia conspiracy, its goal to wield over Trump’s head a never-ending threat of impeachment should he stray too far from the “true” path.

As a result of the breach of their first two tiers of defense, the Deep State is retrenching around its third and last redoubt, its ultimate objective: self-preservation. In this, they appear to be having a considerable degree of success. Effective use of the real and manufactured intelligence gathered in the run-up to the inauguration was put to immediate use in neutralizing General Flynn, a Deep State operative gone rogue, who due to his intimate knowledge of the Deep State’s capabilities and operating procedures posed the largest risk to their continued survival. The subsequent surrounding of President Trump by Generals McMaster and Kelly ensured Deep State’s presence in the Oval Office at all times, often to the exclusion of others. Mueller’s Russia investigation, a direct offshoot of the illegal intelligence gathering from the previous twelve months, is a true Damocles’ Sword, hanging over Trump’s head, making sure he walks the line.

There is one thing above all, however, that escaped the Deep State masterminds; the oldest thing in the book. In a stark breech of Sun Tzu’s first commandment, one that they doubtlessly studied while making their way through the required reading that is the Art of War, they simply underestimated the enemy. Rather than Kelly and McMaster coopting Trump to their globalist ways, he is coopting them to America First. Don’t believe me? Read the speech Trump has just delivered to the General Assembly of the United Nations. These speeches get vetted and re-vetted by the likes of Kelly and McMaster and yet it was all Trump. Time will tell and events are rapidly evolving, but the likely outcome is that the Deep State will survive and learn to serve its new nationalist masters, just as well or as poorly as it served the globalist ones. Trump will make them a deal, one that they certainly can refuse, but they won’t want to; after all that’s the true meaning of the Art of the Deal. 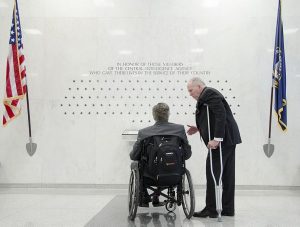