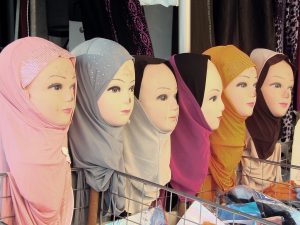 An appeals court in the Czech Republic has upheld a ban on the hijab worn in a nursing school by a Somali student.

“Ayan Jamaal Ahmednuur demanded an apology and 60,000 koruna ($2,750) in compensation but the Prague 10 district court ruled in January there was no evidence of discrimination,” reported Associated Press.

The appeals court ruled that while the Czech Republic has no official ban on wearing the hijab, the woman had no right to defy the rules of the school.

Eastern European countries have been fighting demands from Brussels to admit hundreds of thousands of migrants due to the open borders policy of the EU, fearing admitting the Islamic ‘refugees’ will harm their security and destroy their culture forever. The European Commission has started infringement procedures against some of the Visegrad Group countries to force compliance.