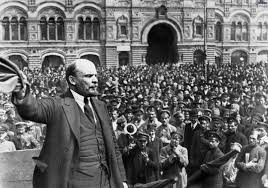 As any experienced pilot will tell you, a fatal accident is never the result of a single cause.

Accidents in inherently stable systems like modern aviation are always the worst possible combination of events, which taken singly or even in aggregate on a luckier day would have never brought about a tragic end. Even a “mechanical failure” is not a single cause; it is in and of itself a conglomeration of causes: a rudder actuator driveshaft crack missed during the last 100-hour inspection could very well wait to be discovered during the next one, had it not been for the unusually sharp rudder input by an inexperienced copilot handling takeoff in response to wind shear from the wingtip vortex of a previously departed aircraft caused by insufficient separation of aircraft taking off from that runway by an overworked flight controller. None of these events taken separately would have brought down that aircraft with the loss of everyone on board. Had the previously departed aircraft been a regional jet rather than a Boeing 747, the wingtip vortex would have been negligible. Many causes combining in the worst possible way – that’s what did these people in. The revised inspection procedures, the newly mandated mechanical rudder limiters, the reassignment of the flight controller, none of these could bring back lives so tragically lost.

The fact that many causes combined with bad luck resulted in the fatal crash does not mean that all of them equally contributed to it or were equally egregious or equally easily avoidable. Copilots always start their careers with little experience, and takeoff, being a relatively easy flight maneuver is often entrusted to them by the captain. A maxed-out rudder pedal is not outside of normal operating procedure, even on takeoff when the engines are operated at maximum thrust levels. The takeoff separation procedure allows for small variations due to changing operating conditions. In short, it is important to differentiate between the root cause of the accident and the failure of the safeguards that were put in place to specifically prevent this root cause from developing into a full-blown tragedy.

The moment a fatigue crack developed in the rudder actuator shaft, that aircraft was flying on borrowed time; it was destined to crash at any time when due to any number of reasons a sharp rudder input was called for and executed by the pilot. The rest of the story is a tale of systemic failures in the web of safeguards put in place to discover and correct the structural flaw in the driveshaft combined with bad luck and bad judgement.

The root cause of America’s demise as a constitutional republic now appears to be its systemic inability to differentiate between hateful or unpleasant speech that should be protected by the First Amendment to the Constitution and speech that directly threatens a specific group of people and calls for its extermination. The Founding Fathers lived in times that were exceedingly cruel, but not genocidal. The Spanish inquisition, of which they were well aware, did not seek to physically eliminate Jews; it sought to eliminate Judaism. For Jews there was a get out of jail card: convert to Christianity or at least pretend to do so well enough to be believed. Many chose this path. Similarly, the decades-long slaughter on the European continent between Catholics and Protestants did not target race or ethnicity; it targeted religion. There was no class of people who were destined for extermination because of who they were from birth rather than what they believed in or how they behaved. 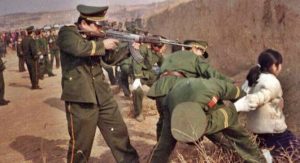 Genocide is a 20th century invention and within that awful century there is only one example of pure genocide: the Jewish Holocaust at the hands of Nazi Germany. Other genocides, such as that of the Armenians by the Ottoman Turks in the early years of the First World War had a rationale of sorts, they were motivated by “cleansing” territories (in this case the environs of Mont Ararat in today’s Turkey) from opposing ethnic and religious groups in order to gain unfettered access to land and other resources. Scales vary, but the treatment of Native Americans by the United States in the 19th century, the Rwandan conflict in the 1990’s, and many others fall into that category. This type of “ethnic cleansing” is something the Founding Fathers would have well-understood, not the least because it is described in the Old Testament, wherein my ancestors the Israelites are commanded to ethically cleanse the Promised Land from the Canaanite idolaters. In fact, it was this commandment that was used to justify similar treatment of Native Americans under a doctrine which defined European settlers as the new Israelites and the North American continent as the new Promised Land.

The foundational ideology of Nazi Germany was no stranger to ethnic cleansing; in fact it was the Third Reich’s policy towards all non-Jewish and non-Western European peoples who were so unlucky as to be conquered by it. Ethnic cleansing plans were developed for Poland, Ukraine, Belarus, and other occupied territories and were only scuttled by the defeat of the Germans at the hands of the Red Army. The very large (millions of people) Jewish populations of these areas were not, however, to be subjected to ethnic cleansing at a later date. They were to be exterminated immediately, as the top priority of the German war effort, even when doing so was detrimental to supplying the front lines with ammunition. This kind of ideologically driven, uncompromising, ethnically driven genocide is unique in human history. Engaging in it mortally wounded Germany and its people. It is hard for those of us (most of us now) who grew up after the Holocaust to imagine a world in which not every evil torturer in a Bond movie is German; in which German culture is known more for Goethe than for Goebbels, in which Wagner is simply a great composer and not Hitler’s favorite composer. But that world existed before Hitler came to power in 1933. It will never exist again. The symbols of the Nazi regime, the swastika, the hand salute, etc., acquired a toxicity that is fatal to anyone, individuals, societies, countries, even in the most minute of doses. This toxicity, like its root cause the Holocaust, has no equals and no parallels in the past or the present. It is not something that even the omniscient Founding Fathers could have imagined or prepared for.

To any Jew anywhere, a person displaying these symbols or any person willingly associating themselves with them presents a clear and present danger. A swastika is a loaded gun pointed at every Jews’ head. This is far from being a hyperbole; so-called neo-Nazis have not discarded or downplayed the Holocaust as tangential to the ideology of the Third Reich; on the contrary, they celebrate it and often express their regret that Hitler was not more successful in his genocidal endeavors. Thus when a Jew encounters these people it is abundantly clear to him that they wish him, specifically him, dead. Whether they possess, at that very moment, the means to accomplish this task is of no consequence; when someone points a gun at your head, you don’t stop to wonder if the gun is loaded or whether the person holding it is proficient in its use. You take action to defend yourself.

I’m Sorry Dems, Russia Is Not The Main Threat