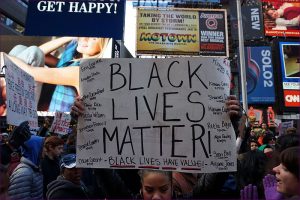 In the aftermath of the Manchester and London terror acts committed (self-admittedly) by radical Muslims who had pledged allegiance to ISIS, various branches of the British Police issued, matter-of-factly, statements over Twitter that warned law-abiding innocent citizens that if they express opinions that are deemed unacceptable (there was no further guidance), they are quite likely to end up in jail for up to two years. So yes, today, in the UK, you can easily end up in jail for expressing your opinion. Not inciting violence or calling for a violent revolution. Simply for expressing an opinion that the authorities (likely prosecutors and judges) deem unacceptable. The Soviet Union would have never dared to make such an official proclamation for fear of the firestorm this would create in the West with major consequences (cutting off vital grain shipments!) to follow.

If anything you say or write, in private or in public, using new or old media, not including incitement to violence or libel, can cause you to lose your freedom or to suffer negative financial consequences, you live in a society that does not have free speech.

Based on this commonsense definition, there is no society that I am aware of today that has free speech, though some come closer than others.

Disclaimer: In writing this piece from my home in Canada, I have to carefully consider the limits on the freedom of speech that exist here and this consideration to a great degree affects what I am going to say and how I am going to say it.

From my early childhood in the Soviet Union in the late 1960’s and early 1970’s I very clearly remember my dad, who was an ardent Zionist and anti-communist admonishing me to not believe anything I was taught in school (we’re talking first and second grades here, folks) that was not math. My dad, like many similarly minded people, was certain that anything originating from the Soviet government was fake news, propaganda, and weaponized propaganda (agitprop), in rising order of severity. He did not believe a word that was said on the radio or published in the newspapers. I vividly remember the fear in his eyes when he told me to keep my mouth shut in school and on the playground, never repeating anything that I had heard at home.
I have the same look in my eyes when I make the same request of my fifteen year old daughter in 2017 Canada. One can never be too careful.

Does the First Amendment to the Constitution of the United States provide any protection when it comes to the freedom of speech as compared to Canada or Western Europe, which have hate speech laws on the books? In practice, the answer is no. Being quite familiar with the US having lived there for many years, I know that the actual consequences of what is considered offensive speech in America are more probable and more severe than in most Western countries. If you fail to watch your tongue while working for corporate America, you are quite likely to be fired for cause and lose your livelihood, suffering life-altering financial consequences. In Canada (and I suspect Western Europe), you are less likely to suffer such economic retaliation (for a variety of reasons, including less sensitivity to “offensive” speech in the workplace) and being criminally prosecuted is much less likely yet.

Has there ever been free speech in the West? In the English-speaking countries, most certainly. People were free to speak their minds on very nearly every topic until the 1960’s or so.

How bad is the current freedom of speech and government propaganda situation in the West compared to other major countries? It’s bad. About as bad as the late Soviet Union and worse than the current Russian Federation. I must plead ignorance at to the rest of the BRICS countries, but I suspect that at the very least they are not worse than the West.

The Hi-Tech Traditionalist: The Ministry Of Truth Media Spins Its Web On Charlottesville
Don’t believe me? Shocked? Try this experiment: next time that you are having lunch with co-workers say something like “You know, I really don’t think this whole diversity and feminism stuff is working for us. I remember my grandparents being much happier when grandma stayed at home and our neighborhood was mostly white. Grandpa made more than enough money and they left their doors unlocked all day and night.” Try it, but remember: don’t blame me for what happens next. 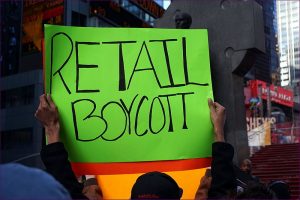 How and why did we lose our freedom of speech? The loss of freedom of speech in the West is neither incidental, nor is it the side effect of modernity or some other natural disaster. It is the deliberate policy of the global elites as represented by the vast government bureaucracies in the US and other Western countries. Free speech needed to be restricted so that these unelected powers that be can execute the trifecta of policies they have decided on as the most likely to give them ultimate control over substantially the entirety of resources on planet Earth, or simply put all the money that exists in the world.

1. Ethnic, racial, religious, and sexual DIVERSITY. Since the human species is essentially tribal, we are comfortable with our own kind; racially, spiritually, and sexually. A certain amount of diversity is in fact enriching and fun, but excessive amounts cause a feeling of unease and alienation. Unfortunately, uneasy and alienated electorates are precisely what the global unelected (and unelectable) elites need and want.

2. Unquestioning “belief” in the “scientific” theory known as “climate change”. As is clear from the Paris Accords, this is an instrument of unlimited global taxation with the proceeds going to an immense slush fund controlled by unelected officials. No need to overthink why this is good for them.

3. “Belief” in the Holocaust. Now, unlike climate change, the Holocaust, i.e. the deliberate genocide by Nazi Germany of European Jewry is simply a fact. It’s a historical fact like many others, a few of which rank up there with it in terms of brutality and loss of life. Of all historical facts, however, it is the only one that requires “belief”. Why? Why not require “belief” in the Armenian genocide by the Turks or the Cambodian genocide by Pol Pot? The answer is that the lessons of the Holocaust are used to justify the policy of forced diversity, including the mass western migration by Muslims. The Holocaust is described (incorrectly) as the inevitable outcome of nationalism and lack of diversity. Thus any lack of ardor in pursuing the diversity policy is said to be sure to lead to another Holocaust. 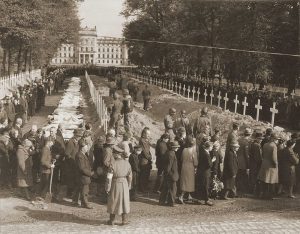 The DIVERISTY/CLIMATE CHANGE/HOLOCAUST trifecta demand absolute belief from all (non-Muslim) denizens of the West. Muslims, many of whom abhor diversity, routinely “deny” the Holocaust, and as far as I know are agnostic as to climate change, are exempt. They are exempt in the same sense that a gun pointed at someone’s head is exempt from knowing whose head is about to be blown to pieces. This unholy trinity requires as much obeisance in today’s West as the actual Holy Trinity at the time of the Inquisition, or the trio of Marx, Engels, Lenin, in the early days of the Soviet Union.

Consequently, even reasoned dissent from any one of the three parts is either actually outlawed, or as in the case of the US with its pesky outdated (according to Ruth Bader Ginsburg, Obama, and the entire Democratic Party) Constitution, made extremely expensive. I have already provided an example of reasoned dissent on the topic of diversity, so for the sake of brevity let me mention examples for the other two only.

Climate change: As a holder of a PhD degree in Aerospace Engineering with decades of experience in computational fluid dynamics, it is my opinion that anthropogenic climate change is a particularly weak scientific theory. So called greenhouse gases are a contributor to climate change – on the warm side. Contemporaneously, the Earth’s climate has been warming on and off for the past two and a half centuries since the end of the mini ice age of the 17th century. What caused the mini ice age remains a mystery. There are many other factors that contribute to the climate, some known, and (I suspect) many more unknown.

Our ability to date to simulate complex coupled physical phenomena stops just shy of understanding why a curveball curves. The idea that we can simulate the entire atmosphere with any precision is simply preposterous, as evidenced by the fact that climate change as a scientific theory fails in the only legitimate test of any scientific theory: its ability to accurately predict actual measureable outcomes. 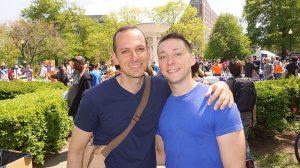 Holocaust: I am an Ashkenazi Jew whose family was directly affected by the Holocaust with both my grandfathers falling in battle with the Wehrmacht. Honestly, this is the only reason I am allowing myself to touch this explosive topic, claiming the same immunity that is claimed by African Americans when they use the N word. So here we go. The Holocaust did not happen as a result of rabid nationalism. It happened as a result of a confluence of several factors. Ingrained anti-Semitism that was prevalent among Christian European populations due to the propaganda spread by both the Catholic and the Protestant Churches combined with the disastrous reparations policy enforced on Germany by the winning powers in the aftermath of WWI and the belief by German financial and military elites that they could harness and control Hitler’s insanity as long as they could benefit from his charisma. It was, like any holocaust, a unique set of circumstances, highly unlikely to ever occur again, though other holocausts, unfortunately, will. As such, the main lesson to be learned from the Holocaust is not what the Germans did to cause it, but rather what the world failed to do to stop it, which is confront the Germans exactly as Obama failed to confront the old Holocaust denying and new Holocaust hopeful Iran.

These are not views that I would recommend anyone currently employed voice in public or even among acquaintances.

Dilbert’s creator, Scott Adams, often talks about “cognitive dissonance” as something that happens when reality is at sharp odds with one’s perception of it as evidenced by simple, easily observable facts. No greater cognitive dissonance exits today than that of the freedom of speech in the West. The vast majority of Westerners (I imagine) believe that free speech is a right they have. All evidence points to the contrary. 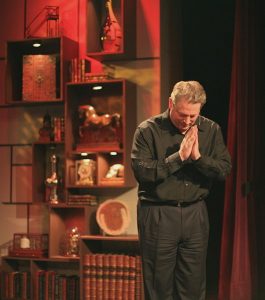