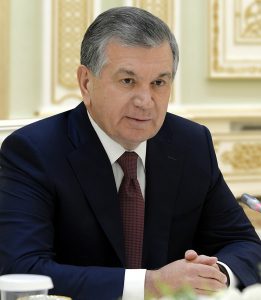 U.S. President Donald Trump welcomed Uzbek counterpart Shavkat Mirziyoev to the White House on May 16, as the Central Asian leader looks to raise the profile of a country long isolated by the repressive rule of his predecessor.

The meeting is scheduled to last about an hour and marks the first time since 2002 that an Uzbek president has made an official visit to the United States.

The visit comes as Mirziyoev takes steps to implement reforms at home and improve ties with the outside world following more than a quarter-century of iron-fisted rule under Islam Karimov, who died in 2016…