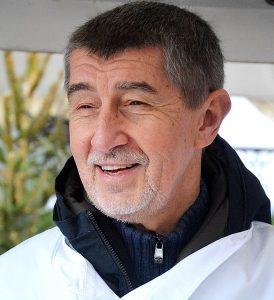 The Czech Republic still doesn’t have a government, six months into the term of the new prime minister, Andrej Babis. The party most likely to join a coalition with the sitting PM is the Social Democrats, which have just laid out significant demands which are doubtful to be met.

“The Social Democrats’ chairman, Jan Hamacek, said in a newspaper opinion piece that his party would not join a Babis-led government unless cabinet members convicted by a court resign immediately – a demand Babis has previously rejected. Babis, who denies allegations that he illegally claimed a 2 million euro European Union subsidy a decade ago, has led a caretaker administration since his minority government lost a confidence vote in the lower house in January,”reported Investing.com.

It seems an agreement between the two parties would be a marriage of convenience as neither wants the communist party in the Czech Republic to be included in talks to be a part of the ruling coalition. The parties were set to continue negotiations at last report.

Babis has stated he will not alter Czech foreign policy which is oriented towards NATO and the European Union.

THE JUNCTION WHERE HISTORY AND DESTINY UNITED