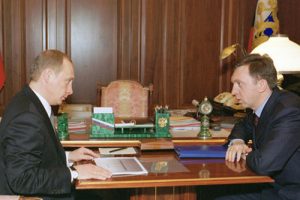 The continuing wave of sanctions by The White House against Russia are starting to really hurt in Moscow. And, in a stunning change of heart, the oligarchs are starting to heel.

Oleg Deripaska, the FOP (Friend of Putin) who has been in the news a great deal lately, from the Mueller investigation to a Belorussian hooker on board his yacht posting videos, has floated a trial balloon that he may reduce his stake in one of his crown jewels, the aluminum company Rusal, to please the U.S. Treasury Department and secure the lifting of financial sanctions against the company. Fears in Russia are that the company may be forced into bankruptcy and 60,000 Russian workers could lose their jobs. This would cause major social unrest for the Kremlin.

“Co-owner of aluminum company Rusal, Russian businessman Oleg Deripaska, might lower control over the company to mitigate sanctions, as required by the US authorities, without selling his stake in it,” reported Russian state news agency TASS.

“In fact, in order to meet the requirements of the United States, it would be enough to remove the point about the controlling shareholder from the agreement. Deripaska would not even have to sell anything,” analyst at Finam Alexei Kalachev said. At the same time, he admitted that the very wording of the requirement to reduce control over the company looks very vague and the US Treasury might not be satisfied with just a formality. “If you approach it literally, then it would be enough to remove one point from the agreement, and if you approach it informally, then the parameters of relinquishing control are not clear,” he noted, reported TASS.

“Nationalization does not particularly brings benefits. From our experience, state-owned companies are even more likely to fall under sanctions than private ones. Thus, it would not save the company from restrictions, but only add burden on the budget,” he added.

“The entire life of this city depends on Rusal,” said Evgeny Ivanov, until recently a foreman at the plant in Sayanogorsk, where pockmarked asphalt recalls the harsh winters endured by its 60,000 inhabitants, and icy blue mountains line the horizon. “If something were to happen to the factory, in my opinion the town would die out. There would be nothing left for people to do here,” reported CNBC.

U.S. Treasury Secretary Mnuchin said recently, “Rusal has approached us to petition for delisting…[The U.S. is} not targeting the hardworking people who depend on Rusal and its subsidiaries.”

"The U.S. Treasury said it would provide sanctions relief to Rusal if Oleg Deripaska relinquished control, according to statement on Monday"