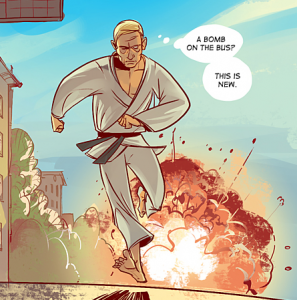 Bottom Line: The Kremlin employs various often overlapping and competitive security and intelligence services to create multiple sources of intelligence, encourage risk-taking and keep a wary eye on each other. This has enabled Russian President Vladimir Putin to consolidate power by playing agencies off of each other to avoid uninvited power grabs. But these redundancies can also create inefficiencies that Russia can’t afford as its economy continues to falter.

Background: The Soviet Union primarily relied on two intelligence services. The Committee for State Security (KGB) was tasked with foreign political and economic espionage, covert action – known as active measures – and domestic security, while the Main Intelligence Director (GRU) under the General Staff was responsible for military intelligence. Since the collapse of the Soviet Union, Russia broke the KGB largely into three services – the Federal Security Service (FSB), Foreign Intelligence Service (SVR), and the Federal Protection Service (FSO) – while cutting the GRU’s workforce significantly….

Baltics Want Trump To Reassure Them, In Face Of Continued Perceived Russian Aggressions In Region