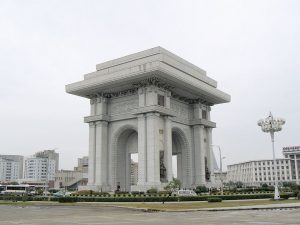 We have long reported that Russia was increasing its trade with North Korea as China began to reduce flows per the request of President Trump in the face of Kim Jong-un’s nuclear weapon development and ballistic missile tests. Now it seems that Russian companies are ramping up illicit trade with the North to help it evade sanctions which Russia voted for in the United Nations. The trade flows include contraband energy and other goods.

“As the Chinese cut off oil and gas, we’re seeing [North Korea] turn to Russia,” The Washington Post quoted an unnamed senior U.S. official with knowledge of alleged Russian smuggling into North Korea as saying on Monday.

We have discussed here in the past how Russia is training North Korean students in transportation and logistics, providing fuel, and has opened a dedicated ferry line to move supplies, all starting earlier this year when Trump assumed the presidency and met with Chinese President Xi regarding the North Korean problem.

The U.N. Security Council unanimously passed new sanctions on Monday against the North after its sixth nuclear test which it claimed was a hydrogen bomb. The new measures banned textile exports and capped fuel imports. The Post reports a “web of shell companies” engaged in contraband trade with the North Korean regime.

In August, the Trump administration passed additional sanctions against Russian citizens and companies that were accused of helping North Korea.