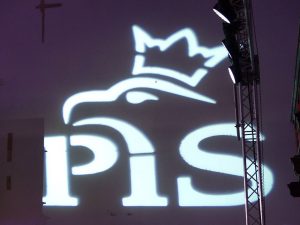 Poland has been fighting the European Union over reforms to its judiciary which was packed with liberal judges appointed by an outside, liberal body. The EU Commission threatened enforcement action which could lead to fines and even Poland losing its vote within the European Parliament. Hungary, which is also locked in combat with Brussels, vowed to prevent that outcome from happening as the vote has to be unanimous.

“European Commission Vice President Frans Timmermans was meeting with Poland’s politicians and top judges Monday to see what steps Poland has taken to address the EU’s concerns. Presidential aide Krzysztof Szczerski said he and Timmermans had a “very good meeting” and a “compromise is possible.” Poland’s ruling party has proposed restoring some control over the courts to judicial bodies. However, Deputy Foreign Minister Konrad Szymanski says Poland will not agree to “compromise at any price,” reported Associated Press.

.@TimmermansEU, in Warsaw today, indicates that concessions made by Polish govt so far are insufficient. Polish FM gave similar message: 'We want a compromise but it’s too early to say if it will be reached and how it could be shaped' https://t.co/1u7P2OtDZg

Poland To Double The Size Of Its Army, Citing “Russia’s Imperial Ambitions”