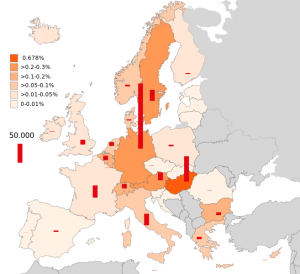 Poland’s interior minister demanded today that Europe wake up to the ‘clash of civilizations’ as the Muslim migration results in continued barbaric attacks on innocent European civilians. Terrorist attacks in Barcelona and Catalonia show that Islamic migrants are creating ‘Muslim enclaves’ which breed terror he said on national media. Blaszczak declared Poland would not allow this to happen in their country.

“We do not have Muslim communities which are enclaves, which are a natural support base for Islamic terrorists.”

Blasczczak also lashed out at the EU resettlement schemes that Brussels is trying to force on Eastern Europe as “encouraging millions of people to come to Europe.” He suggested many more innocents will die from Islamic terror due to these policies.

Jaroslaw Kaczynski, the Law and Justice leader, accused migrants in October 2015 of bringing cholera and dysentery as well as “all sorts of parasites and protozoa, which… while not dangerous in the organisms of these people, could be dangerous here,” reported RT.