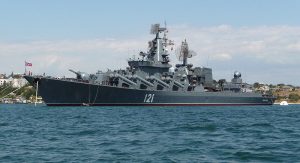 The Russian government has notified the Baltic nation of Latvia the Russian navy will conduct missile tests within its economic zone in the Baltic Sea from April 4-6. The NATO member was not told what type of projectile will be tested. Russia asked Latvia to close part of its airspace during this period. The move is seen as provocative and threatening by Baltic governments.

The Main Air Traffic Management Center of Russia has informed Latvia that the Russian Navy will be performing missile tests over Latvia’s exclusive economic zone in the Baltic Sea from April 4 to 6, LETA was told at the Latvian Defense Ministry, reported The Baltic Times. The Latvian Defense Ministry has summoned Russian Military Attache to Latvia, Colonel Andrey Lobov, and expressed its discontent with the situation, noting that although international agreements do not prohibit Russia from holding such exercises in this territory, such activities are provocative and can be regarded as a demonstration of force. Moreover, such missile tests can threaten civilian ship traffic in the Baltic Sea, added BNS.

The Russian, Baltic exclave of Kaliningrad sits next to NATO members and is a relic of the disintegration of the Soviet Union. Russia has heavily militarized the small geographic area and keeps a large part of its Baltic Fleet in Kaliningrad’s port. The Russian military has also deployed nuclear-capable Iskander missiles to the area.

“The missile munitions tests planned by the Russian fleet in the Latvian exclusive economic zone on April 4-6 will interrupt economic and commercial operations in the Baltic Sea region and increases risk of incidents,” the Lithuanian Defense Ministry declared, reported BNS.

“The Ministry of National Defense holds a strongly negative stance on the aggressive demonstration of Russia’s military power in the Baltic Sea, particularly at the coasts of the neighboring Latvia…We support the position stated by the Latvian Ministry of Defense (…) that the provocative actions threaten civilian navigation, increases the risk of incidents and continues demonstrating aggressive and confrontational Russian policies.”