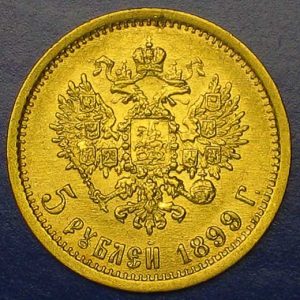 Figures released for January show the Russian Federation has been buying gold, a lot of it. Russian President Vladimir Putin has been keen to reduce Russia’s exposure to the Western, dollarized, financial system. The Bank of Russia has set up swap lines direct with other economically powerful nations to trade direct in their own sovereign currencies, removing the dollar from the trade equation altogether. However, the hoarding of gold may be for a different reason entirely; Putin may sense a financial crisis in the cards for the West, as sovereign debt levels once again spike, a crisis he wants to take advantage of, to remove Russia from the financial tentacles of the West.

“Russia has overtaken China as the fifth-biggest sovereign holder of gold, allowing it to diversify its foreign currency holdings amid a deepening rift with the U.S. The Bank of Russia in January increased its holdings by almost 20 metric tons to 1,857 tons, topping the People’s Bank of China’s reported 1,843 tons. While Russia has increased its holdings every month since March 2015, China last reported buying gold in October 2016,” reported Bloomberg.

The United States is still the largest reported owner of gold–the key word being ‘reported’. Many analysts suspect the Federal Reserve does not fully own the gold it reports to the IMF.

As the largest geographic nation on Earth, Russia is the third-largest producer of gold, mining its own vast resources.

Reflections On The 27th Anniversary Of Communist Overthrow In Albania