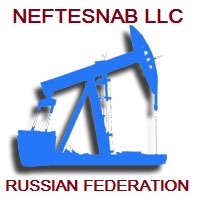 Russia wants to make sure any ‘climate change’ initiatives do not negatively impact the Russian economy, which relies heavily on hydrocarbon revenues. In other words, we’re going to keep pumping oil and gas and we may pay lip service to so-called climate change…Russia first.

“Russia should not replicate foreign systems of greenhouse gas emissions control, because its economy is fundamentally different from those of countries that have already introduced such technologies, Russian presidential adviser, special presidential envoy for climate issues, Aleksandr Bedritsky, told an ecological forum of the Russian Union of Industrialists and Entrepreneurs, held in Moscow within the Russian Business Week – 2018, reported Russian state news agency TASS.

“The Russian economy is greatly different from the economies of states that have introduced this or that system of controlling greenhouse gas emissions. Replicating foreign solutions, even successful ones, looks totally unacceptable to me in our case. We should seek our own optimal way,” Bedritsky said, wrote TASS.

[global trends and risks facing the Russian economy should be born in mind], “This is an objective factor and we must be aware of that. There is no way of getting away from it.”

Russia has struggled to diversify its economy away from the production of hydrocarbons but has been successful only on the margins. With the price of oil recovering on international markets due to the year-long production agreement with OPEC countries, the Kremlin is in no mood to purposefully reduce its main source of national revenue.