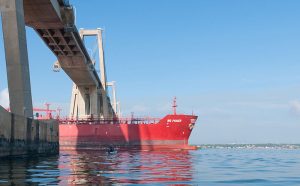 Russia and Venezuela have signed a debt restructuring deal to spread out balances owed over the next ten years with payments increasing over time. The Latin American nation, although rich with hydrocarbons, has been reeling from incompetence, corruption, and the consequences of a socialist government which has stolen the means of production from the private sector, leading to widespread hunger and hardship.

“Venezuela will have to pay back Russia a significant amount of money before the end of 2017 for the agreement to come into force, the source told reporters. Under the deal, Venezuela must also pay Russian exporters for products already delivered,” reported Reuters.

Russia is interested in expanding its influence in Latin America and sees the weak Maduro government, on the verge of massive societal unrest and revolution, as a prime target. Aiding the socialist regime will pay dividends in the future as Moscow looks to expand its military reach globally to oppose American interests.

If You Think Of Putin, He Has Won