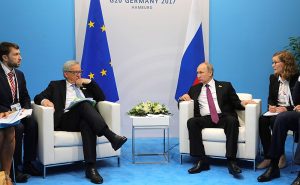 European leaders continue to accuse Russia of spreading disinformation, with a recent European Parliament forum billed as a probe into the “efficiency” of Moscow’s propaganda efforts. But the Jan. 17 debate also featured some members of Parliament who defended Russia, blaming Brussels for restricting freedom of speech and accusing Western countries of “paranoia.”

In light of evolving positions in Europe about the issue, several Russian experts told Kommersant they do not foresee new restrictions of European policy in regards to Moscow…