Throughout history the Balkans have seen frequent political clashes, especially the western region. Many have considered the area a barrel of gunpowder, as there have been wars between expansionist countries and those who fought for independence and survival.

To some extent, the beginning of the 20th century put an end to the disputes, as it defined the countries’ borders, most of the time in the interest of the strong. The end of the century brought new conflicts and wars in the former Yugoslavia. The division of former republics and the proclamation of Kosovo’s independence seemed to somewhat solve the long-term political clashes, although there are still unsettled territorial issues.

Recent developments in the Balkans show that it still remains quite a fragile and unstable territory. In a recent interview with the Serbian news agency, Tanjug, the well-known American analyst for the Balkans, Janusz Bugajski, Senior Fellow at Centre for European Policy Analysis in Washington DC, fears that another war breakout may be possible in the Western Balkans, if the USA does not intervene. According to him, if the US does not exercise their control in the Western Balkans, ethnic conflicts may restart. He is convinced that the coup d’état in Montenegro, the political clashes in Macedonia, and the murder of Serbian politician Ivanovic, in Mitrovica, are the handiworks of Moscow. He states America should immediately unblock Macedonia’s membership in NATO and push Serbia to acknowledge Kosovo’s independence. He also stresses that Russian weapons in Serbia will be either turned back or neutralized, the latter through military supply of other Balkan countries with weapons. 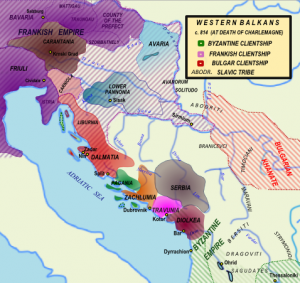 In fact, that is what is happening. After arming Serbia, and later Croatia, with the latest rocket system technology and attack aircraft, now it is Albania’s turn to renew its military arsenal. The United States has supplied Albania with armoured vehicles and now Austria is providing offensive artillery of the famous international brand Hirtenberger AG, which produces cannons and mortar weapons….the same kind of artillery that British Special Air Service (SAS) has used in Afghanistan. Such an action is not only a military decision, but also a political signal. It shows Albania now has a special role in the Balkans. Recalling the fact that the Austro-Hungarian Empire played a supporting role at the beginning of last century, preventing Albania from being divided among other neighbouring countries, Austria is now reactivating its political role in the Balkans, showing qualitative growth in the relations with Albania.

Meanwhile, the US is sending 70 California National Guard soldiers to Kosovo. This is the 24th rotation of US troops in Kosovo under the framework of NATO operations, being in Kosovo since the war with Serbia in 1999. It is also the first US military mission in the last 9 months in the Western Balkans.

Furthermore, even between other Balkan countries, conflicts are sparked now and then. Recently Turkey launched accusations against Greece, regarding the Kardak islands, following a long dispute regarding their ownership. According to the Turkish government, at a time when Turkey is involved in the war with Syria, the Greeks continue to provoke by fishing in the “turbulent” waters near Turkish coast. Turkey considers this as an evasion of its borders. In 1996, the two countries were ready to combat for the islands, as both Turkey and Greece pretend the two islands belong to each of them.

The World Economic Forum held in Davos, Switzerland during the last two days, is presenting another good chance for the MPs of all Balkan countries to once again meet and discuss common issues and disputes. There has been a meeting between Greek PM Tsipras and Macedonian PM Zaev regarding Macedonia’s name dispute. Another meeting was held between Albanian PM Rama and Serbian PM Vucic. When asked by the press if Serbia will join EU earlier than Albania, Rama said the EU process is based on merit and Serbia has an advantage in the negotiations, but the enhancement will come after they acknowledge the independence of Kosovo.

Rama also answered Russia’s previous accusations on Albanian interference in the internal political issues of Macedonia, by stating that he is proud to defend the interests of Albanians wherever they are…and will continue to do it. There is certainly no hidden political agenda on the part of Albanian government, regarding Western Balkan issues.

The disputes continue and it seems no one is opening a path for the common interest of the Balkan people, who are already tired of listening to the same ringing bells.

One thing is for sure – if everyone wants to preserve peace in the region, the the Balkan political attitude should change for their own interests, avoiding old disputes, and looking forward to their common goal – joining the EU.