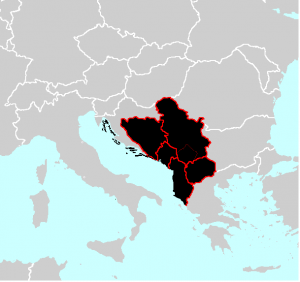 2018 represents a decisive year for the countries of the Western Balkans. According to Euro-commissioner Johannes Hahn, 2018 will be another possibility for closer cooperation between all partners, to face common challenges properly.

0n the eve of the new year, he thanked all the countries in the region for their cooperation during 2017. He also considered last year really challenging. He stated the Western Balkan countries should be proud of their common commitments and should strengthen their efforts towards greater progress. Although his prediction for EU accession for most is 2025, he considers 2018 as very important and its results could further extend the EU accession process. He stated the EU needs a new beginning regarding bringing Western Balkan nations into the bloc, to convince EU candidate countries and its members that European integration is to the benefit of both parties.

The EU, and especially Hahn, have often repeated they will not accept countries that have unresolved issues with neighbours, considering such issues a barrier from the past. It still remains the main challenge for the Balkans, due to long-term disputes.

In the meantime, Western Balkan countries have promised to cooperate regarding common matters. Last December, in a meeting organized by the World Bank in Sophia with the participation of all Balkan leaders, the call for concentration on the common future and leaving the past behind was the core of the discussion. Corridor 8 and Corridor 10 represent another possibility for the development of the region, supported as World Bank projects, for the facilitation of trade and transport.

According to EU officials, a unique economy for the region will represent the way for decreasing economic differences with the EU, with the aim of approaching the union sooner. The EU is committed to strengthen its engagement with the Western Balkans, to ensure these countries could undertake necessary steps towards integration. Their progress towards EU should be irreversible.

Even US officials have stated that one of their main interests is to help Balkan countries integrate with the rest of Europe and build a democratic and stable future. The US supports strongly their EU aspiration and integration. The US interest is that these countries set up a regional economy, to give another chance to their citizens.

The tension between US and Russia in the region makes up another challenge. Russia is losing its allis and influence in Europe, due to EU and NATO accessions, and wants to preserve its influence in the Western Balkans. Moscow declared earlier that US is decisive in its plan for Russian expulsion from the Western Balkans during 2018. Certain Serbian officials have considered US decisions another threat for the region. Belgrade, despite its numerous agreements with Russia, appears to be set on its way towards EU integration.

The resolution of Balkan demarcation issues remains another main challenge, especially for Kosovo, the newly-born state, which aims at being acknowledged by other world states and becoming a NATO member.

It seems 2018 will not be easy for Western Balkan governments and citizens; for the latter, there is little hope in the air regarding improvement in living conditions, such as better welfare, unemployment, a decrease in corruption, and less national political tensions. For all countries, economic reforms are the core issues. For Albania, there is another main current challenge, the vetting process to weed out corruption in its judicial system just started.

The Balkan countries have produced continuous conflict in recent history. Now it is time to open a new page–starting from 2018.

The Hi-Tech Traditionalist: America Is Quickly Becoming An Islamo-Fascist Dictatorship