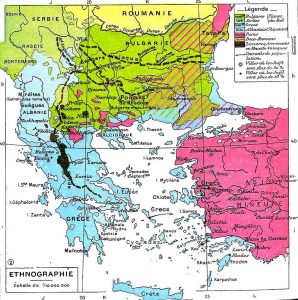 The Western Balkans has always represented a strategic region for world powers. History has shown that throughout time there have been wars and increased interest on the part of other countries to influence on the region. The Balkans has always aspired to be part of the developed world, after many dark centuries throughout history.

NATO’s efforts to stabilize and integrate the Western Balkans began with the Yugoslav wars in the 1990s, focusing on two main issues – intervention and enlargement.

For the first time, NATO’s intervention forced the Alliance out of its own geography by halting conflicts in Bosnia and Herzegovina, later in Kosovo, and in the Former Yugoslav Republic of Macedonia. During that period, the plan for a Euro-Atlantic integration of the entire region appeared to offer stability to all countries of Southeastern Europe after the dissolution of the Yugoslav Federation. Such interventions brought an end to most regional hostilities and was supposed to push the Balkan countries towards peace and prosperity. But all this has not been easy. Time and again, there have been tensions arising in the region.

Experience shows that the processes of European and Euro-Atlantic integration certainly contributed greatly to supporting reforms and building stability in countries that joined the European Union and NATO from Central and Eastern Europe. Accordingly, the Western Balkans were eager to follow such steps.

The first step was to join the Alliance’s Partnership for Peace (PfP), where all the countries became members by December 2006, with the exception of Kosovo, which at that time had not declared independence. The procedure of acceptance for these countries included several steps. First, the instrument of accession was deposited in Washington D.C. Second, the Accession Protocol was ratified by all NATO member parliaments and signed by allied foreign ministers.

Slovenia was first to join the Alliance, then Albania and Croatia in 2009. Montenegro was invited since 2015, but joined the Alliance on 5 June 2017. Montenegro is a good example for neighboring countries regarding NATO involvement in the region. The Alliance is not only modernizing Montenegro’s armed forces, but also helping in establishing a NATO Center of Excellence focused on countering foreign subversion and coup attempts.

The two other countries that still aspire to join NATO are the Former Yugoslav Republic of Macedonia, which has been part of NATO’s Membership Action Plan (MAP) since 1999, and Bosnia and Herzegovina, which joined the Partnership for Peace in 2006 and was invited to join the MAP in 2010. Its activation was conditioned by the resolution of immovable defense property, delayed by the Serb government. The Alliance maintains a military headquarters in Sarajevo that assists in defense reforms and counter-terrorism. NATO has helped in building long-term peace and stability in Bosnia and Herzegovina since the early 1990s to end its internal conflicts. The Alliance’s cooperation is focused on democratic, institutional, security sector and defense reforms.

All the above-mentioned countries have supported NATO–led operations in other countries, mostly Afghanistan.

In the case of Macedonia, though the country has fulfilled MAP requirements, the bi-ethnic government still remains a key issue. Membership will surely contribute to reduced tensions between Macedonians and Albanians, as they are both in favor of NATO entry. However, another difficulty for Macedonia is the problem of the dispute with Greece regarding its name.

NATO maintains its presence in Kosovo, with approximately 4,500 troops, continuing the KFOR mission after NATO’s intervention in 1999. KFOR’s objectives were to restrain local hostilities and establish a secure environment, ensuring public safety and order, and also freedom of movement for all. Such presence has helped Kosovo’s new state to set up a professional, multi-ethnic Security Force, lightly armed units responsible for security tasks. The next step is its inclusion in the Partnership for Peace (PfP) program, in order to develop a modern military operating alongside NATO forces. NATO strongly supports the Belgrade-Pristina EU-brokered Normalization Agreement (2013). 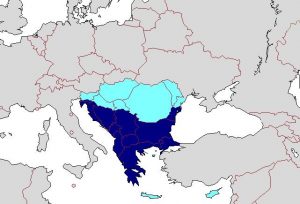 The remaining country, Serbia, is still proving to be a challenge for NATO, in order to complete its full cover over the Western Balkans. Serbia has strengthened its ties with Russia, especially after the allied intervention to free Kosovo from Milosevic’s massacres of 1999, allowing Moscow to establish a base in the south, which handles humanitarian emergencies, but it is also believed to serve as an intelligence gathering facility. Russia has opposed all NATO interventions and influence in the Balkan region. Serbia’s joining PfP in 2006 became a possible step towards MAP and eventual membership eventually, especially if the Serbian military remains outside governmental, political considerations. The Alliance will continue to help member countries monitor and protect against foreign subversion, enhancing its role in opposing Russia’s intelligence penetration and political manipulation, not allowing it to sabotage the future of the Balkans as an integral part of the transatlantic world.

The challenge for Balkan stability is not only military; it is also political and economic, mainly with regard to internal disputes not yet settled. NATO can play a key role solving local disputes and strengthening national security through promoting military cooperation against Russian subversion and Islamic terrorism as well.

During the 21st millennium, the EU and the US have been more engaged in conflicts around the world than in the Balkans. After Croatia joined the European Union in 2013, the other Balkan countries also aspire that same result. Bosnia and Herzegovina, and Kosovo have both signed Stabilization and Association Agreements with the European Union and Bosnia and Herzegovina formally submitted an EU membership application in February 2016. Albania, the Former Yugoslav Republic of Macedonia, Montenegro, and Serbia are EU candidate states. But the EU has had its own problems recently, with its economic crises, immigration, and Brexit, which have faded Balkan prospects. This has led to delayed reform processes, established authoritarian elites, and returning irredentism to political agendas. Regarding its full integration, the future of the Western Balkans is still dubious.

Now Israel Must Deal With Russia