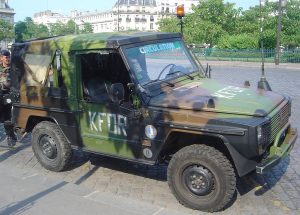 Kosovo is the only Western Balkan country that has been denied free movement in Europe. Kosovars continue to be hostage to European embassies, which makes their life difficult, especially for young people who continue to study abroad and to businessmen as well. Hashim Thaci, the President of Kosovo, has sought the help of the Albanian President Ilir Meta, in order to provide Albanian passports massively to Kosovars who want to travel to the European Union without visas. Ilir Meta after facing this request was forced to refuse. Following the meeting of the two leaders, during his speech to the media, Hashim Thaci said: “The EU has brought a circumstance of classical isolation of the free movement of people, I also discussed it with the President that the only hope at this moment for the citizens of Kosovo to move freely is, in accordance with the Constitution and laws of Albania and in accordance with the Constitution and laws of Kosovo to be granted Albanian citizenship to the citizens of Kosovo, especially students, businessmen and people who need it. This is an immediate need for citizens of Kosovo to be provided with citizenship to move freely to Europe”.

President Meta, although he has the good will, has expressed that this is not the solution. Albania’s president acknowledged that he was in a difficult position due to the constant pressure from Kosovo’s personalities wanting to move freely inside the EU. Ilir Meta in his speech to the media said: “Regarding the issue of visa liberalization, there is currently no more difficult position than the President of the Republic of Albania to speak on this issue. Because there are endless pressures and demands from the citizens of Kosovo to take the citizenship of the Republic of Albania with the main purpose of passing this blockade that unjustly Kosovo citizens have been dealing with for several years. I had a meeting a few days ago with the General Director for Enlargement at the European Commission in Brussels, Mr. Danielsson, in Tirana, who was also a week ago in Pristina. In the meetings we had in Germany with President Steinmeier, or in Italy, with every personality with whom we had the opportunity to meet or with other representatives of the institutions of Albania, we emphasize the necessity of ending this isolation, not to mention the discrimination that the citizens of Kosovo are experiencing and which has brought frustration due to the fact that they are the only citizens in the Western Balkans who do not enjoy this opportunity. The best answer is to solve it together. The solution is not to get citizenship for everyone, but the solution is to overcome this problem. I hope that after the upcoming local elections with an even more active dialogue with the EU and Montenegro to unblock this issue as it is not just about visa liberalization”.

In the 2015 agreement on marking the border line with Montenegro, Kosovo lost over 8 thousand hectares of territory. Part of the opposition at that time was also the current Prime Minister, Ramush Haradinaj, who is known for opposing the current version of the demarcation Agreement with Montenegro. Between Kosovo and Montenegro, there has been an open border since 1946, which has changed with the new agreement of 2015. The ratification of the Agreement on the demarcation of the border with Montenegro is believed to be holding up the visa liberalization process for the citizens of Kosovo, as the European Commission has put it as a condition that Kosovo must fulfill for the visa abolition.

Kosovo is a disputed territory and partially recognized state in Southeastern Europe that declared independence from Serbia in February 2008 as the Republic of Kosovo. Ethnic Albanians form the majority in Kosovo, with over 93% of the total population.