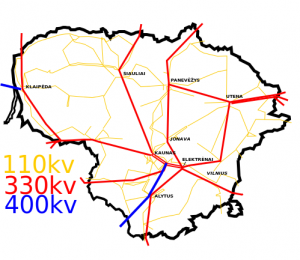 he Baltic states can expect support of the European Union (EU) to their bid of synchronizing their electricity grids with Western Europe in this and the next multiannual budget, if the decision on the interconnections is made by mid-2018, says Arnoldas Pranckevicius, the head of the European Commission’s (EC) mission in Lithuania.

“Synchronization of the electricity networks with continental Europe is a very important priority for the European Commission. EC President Jean-Claude Juncker was personally involved in the process – both in conversations with leaders of the Baltic states and Lithuania’s President Dalia Grybauskaite and with colleagues in the Commission,” Pranckevicius said in an interview to BNS.

In his words, Monday’s meeting of four ministers and officials of the European Commission in Brussels “was a historic breakthrough – they managed to achieve a principle agreement among the energy ministers of three Baltic states and Poland that the political decision would be in place until next June to be able to catch the ‘financial train’ to guarantee EU support for the project…”