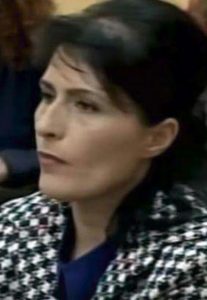 The Albanian Parliament elected a new Head of the General Prosecution Office on Monday, who will serve for a transitory period. Arta Marku, 41 years old, from Puka in Northern Albania, will replace Adriatik Llalla, who is seen as favouring corrupt politicians during his four-year period at the head of this legal institution.

Arta Marku has 15 years experience in the field and has worked as a prosecutor in Shkodra city. She is known to be hermetic and strict, out of the limelight of media and public opinion. In her presentation as a candidate, she said: “I see the General Prosecution Office in total chaos. I am sure I have the capability to turn it to normality. I will do my best to encourage fair justice and support honest prosecution processes”.

Her election was held within a very tense climate. The opposition did not take part in the voting, using stun grenades inside the parliament. There were severe, violent clashes among MPs from both sides. The head of DP party, Lulzim Basha, and that of SPI, Monika Kryemadhi, were accused of calling for violence against the people who support the opposition, gathered in front of the parliament building, thus committing an illegal act against constitutional order. Supranational entities condemned such violence. The US Embassy in Tirana stated: “The Vetting process will soon have its first outcome. Do not be surprised why politicians are fighting against each other. It means the justice reform is being accomplished.” 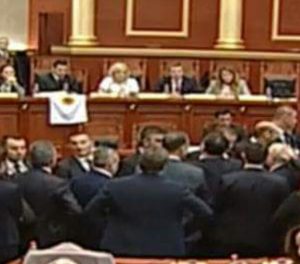 Prime Minister Rama begged a pardon from the Albanian people regarding the opposition’s show in parliament today. He said the consequences of such a behaviour fall on the country. “We made a lot of effort to bring opposition to the dialogue, to elect the new general prosecutor in a legitimate way.” He also added that the former prosecutor Adriatik Llalla left office without conflicting with the majority.