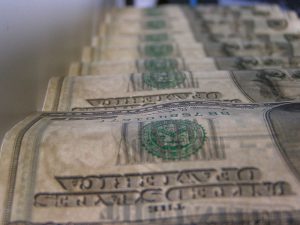 The rise of cryptocurrencies may finally give birth to the dreams of OPEC and other oil producing countries to rid themselves on dependence on the U.S. Petrodollar, in place since the Bretton Woods conference towards the end of World War II. American financial pressure on Venezuela, Iran, and Russia in particular has been intense over the last few years. A decentralized cryptocurrency, unaccountable to national central banks, is a reality and could make it impossible the United States or Europe to target rogue nations.

“The advent of cryptocurrencies, therefore, represents a fresh catalyst for commodity-producing countries wishing to abandon the dollar as a means of payment for oil,” said Stephen Brennock, oil analyst at PVM Oil Associates, in a research note seen by CNBC.

The countries mentioned above have already began initiatives to remove their transactions for crude from the dollar. China has started a ‘petro-yuan’ and Venezuela has started a cryptocurrency called the ‘Petro’.

Swap agreements for trade in domestic currencies are also a vehicle already being used by China, Iran, and Russia. However, cryptocurrencies would provide a common currency to use with less complication.

Demand for the dollar for use in trade has long provided a bottom for the value of the American currency, providing an artificial floor as the United States racked up trillions in dollars in debt. The Obama administration doubled American debt during its term, adding more financial obligations on the backs of the American taxpayer than nearly all of the previous presidents combined.

Kremlin Does Deep Dive Into Bitcoin

At some point, market forces could take control of the value of the greenback, and the level of U.S. interest rates, away from the Federal Reserve, causing a financial shock for the U.S., and global, financial system. The rise of cryptocurrencies may accelerate that process if America does not get her financial house in order.