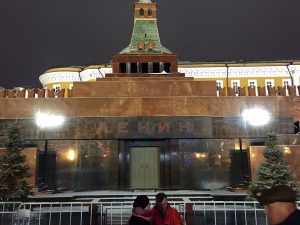 The 100th anniversary of the Bolshevik revolution, which is marked on Nov. 7, is being commemorated quietly in Moscow. Today, the Russians are even more split about the legacy of this violent historic upheaval than Americans are about the Civil War. Lenin’s embalmed corpse is still on display in the Red Square, and the tyrant Joseph Stalin’s ashes are still entombed in the Kremlin wall. Their statues and busts still decorate streets and squares all over Russia.

The coup that Vladimir Lenin and Leon Trotsky led in Petrograd (St. Petersburg) 100 years ago against Alexander Kerensky’s left-leaning government brought misery and resulted in the murder and starvation of millions…

To read more visit The Hill