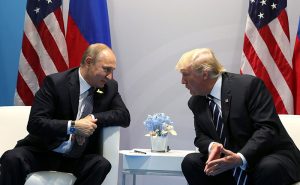 American President Donald Trump will meet with Russian President Vladimir Putin when the two cross paths in Asia in the next few days.

“It’s expected we’ll meet with Putin, yeah,” Mr. Trump told reporters on Air Force One before landing in the Japanese capital. “We want Putin’s help on North Korea, and we’ll be meeting with a lot of different leaders,” reported The Wall Street Journal.

Trump’s current Asia trip started with Japan and will end with multinational conferences where the two presidents will have a private discussion.

Chiatura Cable Cars…A Must If You Visit Georgia