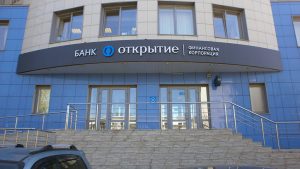 As Russia’s second-biggest private bank implodes, its billionaire owners have been conspicuous by their absence.

By leaving Bank Otkritie FC to fend for itself, the four shareholders controlling more than a third of the company — their combined fortune valued at over $20 billion — may be giving the authorities little choice but to swoop in with a rescue. Now the central bank could be left holding the bag as it reportedly considers taking control of the troubled lender amid a run on its deposits.

“Minority owners are typically less incentivized to provide support,” said Alexander Danilov, a Fitch Ratings analyst. “The magnitude of outflows is too big for them to cover, plus I imagine their wealth is mostly stakes in companies and not cash…”

Albania Joins US And EU Decision To Expel Russian Diplomats

Russia Thinks Woman Is Becoming Transgender And Takes Away Her Children