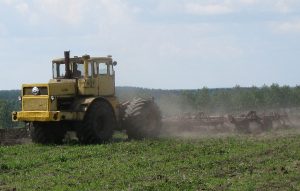 The Russian economy was hit hard in 2014 by Western sanctions over the annexation of the Crimean Peninsula as well as the war in East Ukraine. The combination of the loss of access to Western capital, along with the collapse in crude oil and natural gas prices on the international market, threw the Russian economy into a steep recession.

However, the sanctions forced Russia to develop the capability to produce more goods internally and may have lessened Western dependence on imported goods in the long run.

“The Russian economy is projected to recover gradually in 2017 and 2018, in line with the April forecast,” the IMF said, reported Russian state news agency TASS.

“Inflation in advanced economies remains subdued and generally below targets; it has also been declining in several emerging economies, such as Brazil, India, and Russia,” the IMF added.

The International Monetary Fund expects economic growth of 1.4% in Russia in 2017.