This post is the third in a short story that will be told only via fictitious news posts – we hope you enjoy! Watch for the next post of The Colony! 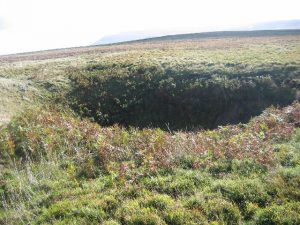 (Siberia) Russian government officials have confirmed that the source of the giant energy plume recently detected by American satellites, and even seen across the Bering Strait in western Alaska, emanated from a giant sink hole in eastern Siberia, near the Pacific coast. Giant sink holes have been appearing in eastern Siberia for several years now, and so far, there is no rational explanation for the phenomenon. Russian Television (RT) reported last summer, An RT documentary team travelled to the Yamal peninsula on Saturday to look inside the largest of a series of giant mystery sinkholes, the Yamal B-1 crater, which was discovered in Siberia about a year ago. The 60-meter-deep and over 500-meter-wide crater was discovered by helicopter pilots, about 30 kilometers from Bovanenkovo in the Yamalo-Nenets region of Siberia. Aside from the B-1 crater, two other giant craters have also been discovered in Russia. There is still no clear explanation for the perfectly round shape of the holes as well as the appearance of dozens of smaller craters around the mother holes.

Russia has sent a scientific research team to investigate the energy source.